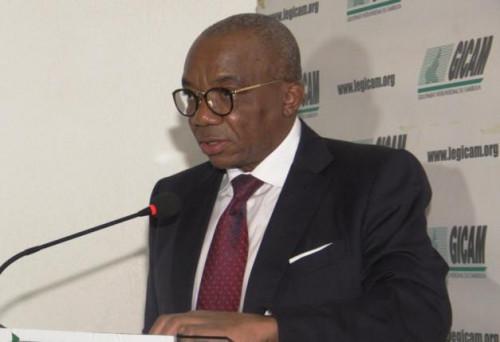 (Business in Cameroon) - Upon the adoption of new statutes of the inter-employers’ group of Cameroon (Gicam), December 13, in Douala, Célestin Tawamba (photo), the group’s president, listed some consequences of the recent CAF’s decision that has seen Cameroon stripped of its title as AfCON 2019 host.

“Remember that in the government's economic, financial, social and cultural program for the 2019 financial year, presented before the National Assembly November 21, the Prime Minister cited the AfCON preparations as the third budget priority. Now that Cameroon will no longer host this event, it is therefore reasonable to believe that the State will have issues mobilizing the envisaged resources, and some expenses are no longer needed,” said Célestin Tawamba. As a result, he said, a revision of the 2019 budget is necessary, even before it is implemented, for a better transparency of this major tool that steers the national economic policy.

This situation could sharply affect the housing department. Indeed, the ministry’s -Development of urban transport infrastructure- 498 Program valued at XAF72.5 billion, is centered on the AfCON, mainly preparation works and other major structuring projects. These include the completion of the rehabilitation and/or construction of access roads to stadiums, hospitals and hotel facilities in Douala, Limbé, Buéa, Bafoussam, Garoua, Mbouda and Bandjoun, etc.

Another ministry that could be affected is that of sports. This department’s initial budget for 2019 amounts to just over XFA57 billion.