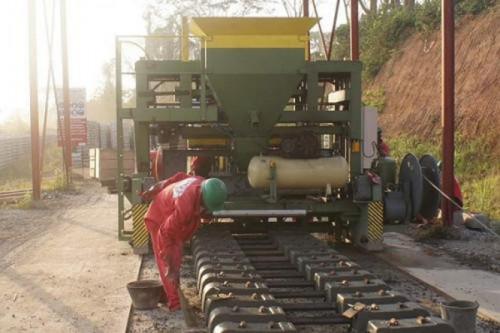 (Business in Cameroon) - The Interministerial Committee on Railways Infrastructure (Comifer) recently checked the completion of renovation works on 13 railway bridges. According to Camrail, which disclosed the information on August 13, 2020, these renovations were launched in the framework of a 5-year railway infrastructure modernization program it had agreed with the state of Cameroon.

Under the program, the local subsidiary of Bolloré Railways headed (on behalf the government of Cameroon) the renovation of the Edéa railway bridge on the Transcam 1 (Douala-Yaoundé) and twelve metal bridges on the Transcam 2 (Yaoundé-Ngaoundéré). Also, in February 2020, it launched the renovation of 55 additional rail bridges (metal and concrete slab bridges) throughout the national road network.

Overall, 68 rail bridges have or are being renovated in the framework of the program. The works, which will be completed in 2021, are carried out in coordination with local SMEs such as Socatraf, Gemat, and Sipn.

Estimated at XAF4.11 billion, the program is part of a larger one implemented with the support of the World Bank. In the framework of the said program, 330 km of track (Ka'a-Belabo, Batchenga, and Ka'a, Douala-Yaoundé entrances and exits) have been renovated. Also, between the years 2000 and 2020, 500 km of tracks were reinforced and 1,671 hydraulic structures renovated.

"The renovation works on these railway bridges will improve the speed of traffic at these junctions, increase traffic safety and reduce travel time for rail convoys as well as people and goods,” says  Camrail’s manager of fixed installations.