Alkis Bruno Domyou Noubi: “Our goal is to conquer the whole African market with our made-in-Cameroon home appliances” 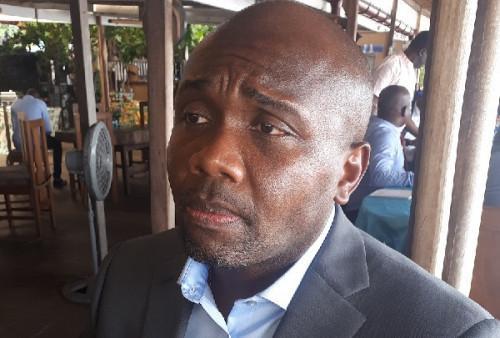 (Business in Cameroon) - This 45-year old Cameroonian businessman is the head of Noubru Holding, a group with 15 businesses operating across various sectors. He just landed with the Kribi Port Authority (PAK) a deal to get a 20-ha land in the industrial area where Kribi’s deep-water port is located. On the newly acquired land will be built a house appliance factory for an investment of XOF45 billion.

Business in Cameroon: SICAMEC, the Cameroonian firm you head as CEO, is developing a project to build a factory where production and assembling of house appliances ( freezers, fridges, and air-conditioners) will take place. This plant, we know, will be located at the Kribi industrial area, in the south. But how did this project actually come up?

Alkis Bruno Domyou Noubi: The truth is that we are just reviving a factory that was in operation from the beginning of the 80s to the beginning of the 90s but ceased activities due to many issues. Among others is the economic crisis that the country experienced during that period, the devaluation of the CFA, the reduction of public officers’ wages and the type of financing contracted at the time. These are the reasons that led Sicamec to suspend operations in 1995. Today, we think conditions are more favorable, which is why we plan to restart the project.

BC: Concretely, what does the deal you recently signed with Kribi’s Port Authority encompass?

ABDN:  It is a project under which we intend to produce and assemble, here in Cameroon, house appliances. In effect, we plan to produce, every month, 15,000 appliances. This includes 10,000 fridges and freezers, and 5,000 air-conditioners.

BC: Since the end of 2015, Cameroon, the whole CEMAC space actually, has been experiencing a difficult economic situation; a situation that tends to discourage some investors. In such a gloomy context, why risk developing such a major project?

ABDN: In spite of the difficult conditions you refer to, Cameroonian populations keep migrating to cities and subsequently adopt new lifestyles. For those living in the cities, having the means to preserve food and other perishable products is a must. Also, the use of air-conditioners has spread to offices, and even to households. These are some reasons pushing us to believe that despite the difficult times the region is experiencing, demand for house appliances will keep rising in Cameroon.

BC: Besides Cameroon, is there any other country where Sicamec intends to export the goods it will produce in Kribi?

ABDN: From Cameroon, we believe we will be able to meet the demand for appliances across the whole CEMAC space. During our expansion phase, we will target the Democratic Republic of Congo (DRC) and later Nigeria. Actually, our goal is to conquer the whole African market with our made-in-Cameroon home appliances.

BC: While signing with the Kribi Port Authority the agreement related to the factory’s construction, you said that for the project to come through and be competitive, the State’s support would be key. What do you actually expect from public authorities?

ABDN: First, we want the State to ensure that competition on the market is fair. Clearly put, we would like authorities to restrict, or at least regulate, the importation of used appliances, which at times do not meet standards imposed, whereas our products will be compliant with these norms. As for new imported products, we do not feel threatened by them as we are confident in our ability to secure our position in the home appliance and air-conditioner market. We are more concerned about used appliances.

BC: Used home appliances are flooding the market due to Cameroonians’ weak purchasing power. Will your pricing policy take this factor into account?

ABDN: If all tax-custom incentives we requested from the State are granted, our prices should be as competitive as those of used products, which currently make up 65% of the local market.

BC: When will construction of the Kribi factory commence and when should we expect the plant to be operational?

ABDN: At the moment, we are clearing and levelling the 20-ha land we secured in the industrial area of Kribi’s deep-water port. We expect to complete these works in a few months and begin construction works at the beginning of 2020. Commissioning should follow within the next 24 months.

BC: Sicamec, with its upcoming factory, will enter a market where major international firms already operate. What steps will you take to secure a safe spot in this market that weighs nearly XOF15 billion?

ABDN: In the past, Cameroon had three industrial units active in the home appliances sector and even before it closed in 1995, Sicamec was leading this market in the country. So, we are already used to competition. Things have changed since then, with Sicamec now being the only local house appliance manufacturer of the country.

BC: In Cameroon, local products are often rejected as they are considered to be of poorer quality than imported goods. What guarantees that Sicamec’s products will be of better quality than goods already present in the market?

ABDN: Indeed, for some time now, some local businesses have been importing and producing products of average quality. However, at Sicamec, even in the past, quality has always been one of our main concerns and some of the products we made in the 90s are still sought after in Cameroon today. Now, regarding the current project, both our factory and products will be ISO-certified.

BC: The plant you plan to build in Kribi will cost XOF45 billion. How far are you advanced with the mobilization of these funds?

ABDN: Mainly, funds needed for the project will be secured from commercial banks, supplier credits, and the regional financial market, all in the form of loans. We also count on our global financial partners.

BC: Should we, therefore, expect a fundraising operation on the Douala-based Central African Joint Stock exchange?

ABDN: No. Maybe later, but not at the moment because to raise funds on this market, we need to show good results for a minimum period of five years, which we can’t yet.

BC: What economic impact will this project have, in terms of job creation, tax generation, etc.?

ABDN: Once again, if the State provides the support we need and the market is well-regulated, we should be able to create at least 1,000 direct jobs, at full throttle (24/24h). Moreover, the cost of imported input needed for local production equals one-third of the finished product’s cost. We will, therefore, be able to save 2/3 of what is currently spent to purchase an imported fridge or freezer. This will greatly contribute to the reduction of Cameroon’s trade balance. Regarding air-conditioners, we have decided to focus more on assembling than manufacturing. The related cost will be about 60% of what is needed to assemble similar products in China for example. The local added value derived from our air-conditioners will thus be around 40%. For fridges, there will be a 60% local added value. There won’t be much impact relating to custom revenues. However, tax revenues will be far more significant since creating added value means paying more taxes (VAT, income tax, etc.)

BC: For this project, you followed the regular administrative procedure for investment projects. For many business operators, this is a difficult process. Do you share the same opinion?

ABDN: Honestly, so far we’ve had total support from the ministry of industry. We are also supported by the Kribi Port Authority with whom we signed the agreement for the site on which we will build our plant. All I can therefore say is that we are very satisfied with our collaboration with the administration.