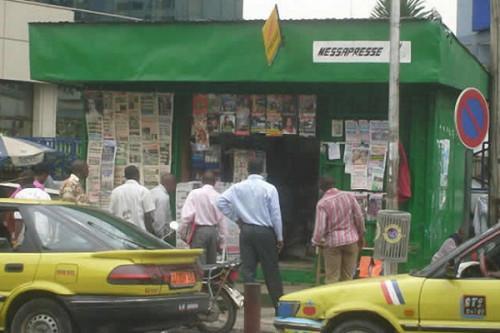 (Business in Cameroon) - By mid-September 2019, Messagerie de Presse du Cameroun (Messapresse) will resume the distribution of local newspapers. This was revealed in a background note sent on September 3, 2019, by Martin Mpilla, the country manager in charge of media distribution at Messapresse, to distributors.

According to the note, a meeting will soon be called to redefine the objectives and kick-off resumption. Martin Mpilla revealed that Messapresse was in the process of renewing its agreements with authorities of areas where its stands are located.

The manager indicated that his group was asked to abide by the agreements governing its trade relations with urban communities. That is the sales of only newspapers, books and reading accessories. This point was stressed upon because some of the group’s newsstands used to sell things other than newspapers and books, Martin Mpilla explained in the note.  He then invited distributors to strictly abide by this requirement adding that Messapresse would ensure enforcement.

The resumption of Messapresse’s local press distribution activity occurs barely two years after the group stopped operations in that segment. In 2017, French group Presstalis, the majority stakeholder in the group, decided to stop distributing Cameroonian newspapers. At the time, Presstalis explained that 80% of those newspapers were unsold leading to a 28% year to year decrease in its 2017 turnover. It even decided to exit Messapresses’s capital.