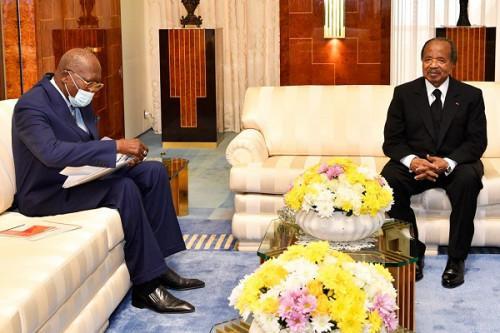 (Business in Cameroon) - Australian junior mining firm Sundance Resources has decided to proceed to international arbitration in the case between it and the state of Cameroon for the exploitation of the Mbalam-Nabeba iron deposit straddling Cameroon and Congo.

“Sundance Resources Ltd has referred its dispute with the Republic of Cameroon to arbitration at the International Chamber of Commerce in Paris. The dispute was first notified by Sundance on 15 December 2020 and primarily concerns Cameroon’s failure to implement the exploitation permit that was deemed to have been awarded to Sundance’s subsidiary, Cam Iron S.A. (“Cam Iron”), in 2010. According to Sundance, Cameroon’s failure to implement the exploitation permit, along with other acts and omissions, constitutes a breach of the 2015 Transition Agreement between Sundance, Cam Iron, and Cameroon (among other parties) and a violation of Cameroon’s obligations under international law,” the junior mining group wrote in a company update.

Sundance explains that it had no intention of going that far. “However, as Cameroon has refused to take the implementation steps requested by Sundance and has now publicly confirmed that it is engaged in active discussions with the Government of the Republic of the Congo for the development of the Mbalam-Nabeba Iron Ore Project – with the involvement of Chinese parties but excluding Sundance – it is now clear that formal legal proceedings will be required to enforce Sundance’s rights.

“We have been left with no choice but to commence arbitration against the Government of Cameroon. Notwithstanding our good-faith attempts to achieve a negotiated settlement, the Government of Cameroon has refused to give effect to our mining license and now appears to be working with the Government of Congo to strip us of our rights to the Mbalam-Nabeba project and grant them to Chinese parties, who have done nothing and spent nothing in either country, in stark contrast to our shareholders and stakeholders who have invested vast amounts of time and money to get this world-class iron ore project to the highly advanced stage it is at today,” commented Giulio Casello, Sundance CEO.

The CEO explains that the decision to proceed to international arbitration was due to the statements of Congolese Minister of Mining and Geology, Pierre Oba, at the end of an audience he was granted in Yaoundé, on May 31, 2021, by President Paul Biya.

“Congo has decided to terminate the contract with them [Sundance]. Since this is a joint exploitation project between our countries, we need to restore harmony with our Cameroonian brothers so that the process can continue and we can profit from the resources. This is the reason President Denis Sassou Nguesso sent me to explain the situation to President Biya who paid particular attention to my explanations and gave many instructions and approaches to ensure the project comes to fruition for the common interest of our countries and people,” President Sassou Nguesso’s envoy said.

Pierre Oba added that Sundance capitalized on the flexibility of the Congolese mining code to “organize a large mafia and speculation network” around the Mabalam-Nabeba iron exploitation project.

“As you know, when they obtain mining licenses, they list them on exchanges but, instead of doing so for the mutual interest of our partnership, this is more for their own benefits. They have become magnates, extremely rich but we continue to stumble (…) These partners trample on our laws, do not respect our States, confuse the agreements we sign with them with our laws, and even think that they are above our constitution,” he added.

For Giulio Casello, it is no “coincidence that these events are occurring at a time when iron ore prices are at record highs and China is seeking to diversify its iron ore supplies away from Australia..”