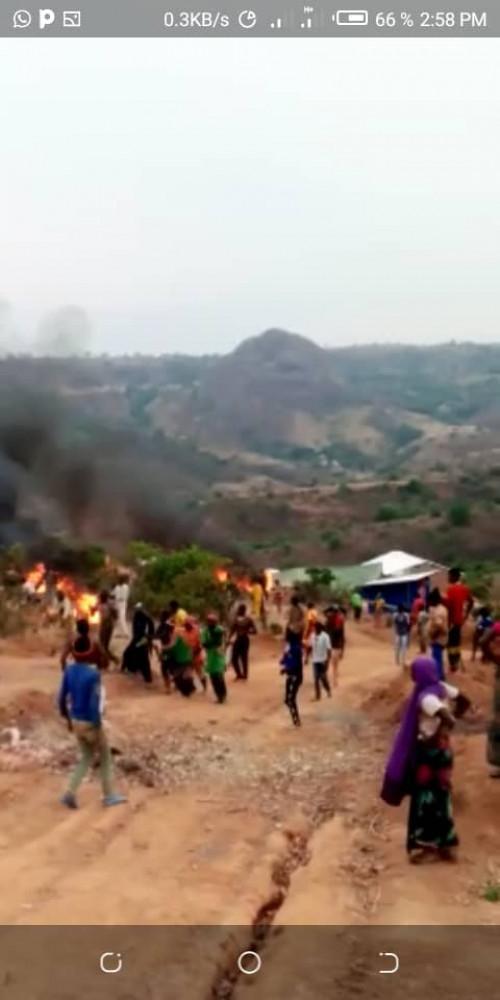 (Business in Cameroon) - Last March 11, 2021, in Leggal-Goro (a small neighborhood in Adamaoua), artisanal gold miners burnt the equipment of a Chinese mining firm and stoned local authorities, causing about XAF800 million of property damages (according to local sources).  According to tri-weekly L’Oeil du Sahel, which reveals the incident, the artisanal miners were suspecting local authorities of wanting to evict them from the sites and replace them with the Chinese firm that received a mining license in 2019.

For local authorities, the property damages can be estimated at XAF800 million. "I read social media posts making unfounded claims. Some claim that the state sold the lands to the Chinese while others say that the government has ordered the population to leave the site. Some social media users even write that Chinese miners buy the gold [mined by artisanal miners] at terribly low prices. But curiously, the Chinese [the posts are referring to] came to Leggal-Goro barely a year ago. They have not even launched operations. Also, the population seems to be oblivious of the fact that subsoil assets are state properties," commented his Majesty Mohamadou Hayatou Hamadina, lamido of Galim-Tignère, suspected of colluding with the Chinese firm.

Although Leggal-Goro is a small neighborhood in the Adamaoua region, intense mining activity has developed there. For decades, artisanal miners coming from different countries have been exploiting gold mines in the neighborhood till the arrival of the Chinese mining firm they are suspicious of.