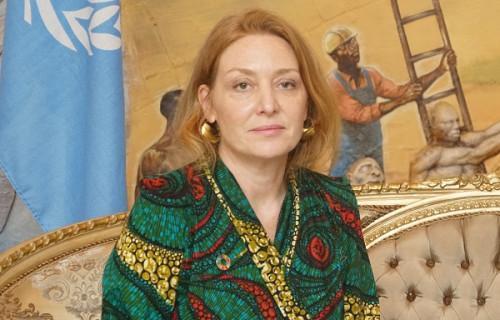 (Business in Cameroon) - In a statement issued on December 1, 2019, in Yaoundé,  Allegra Baiochi (photo), coordinator of the United Nations system in Cameroon denounced the murder of a humanitarian worker in the North-West, a region plagued by abuses by armed groups that have been claiming the partitioning of Cameroon since late 2016.

Indeed, according to the United Nations system in Cameroon, Pascal Ngwayi, an employee of the NGO Cominsud, a United Nations partner in the programme to assist displaced people and other victims of the English-speaking crisis, was kidnapped on 30 November 30, 2019, and later murdered by armed men in the Donga Mantung department while he was on a humanitarian assistance mission.

Even though the UN System Coordinator's statement does not point out the perpetrators of this assassination, the modus operandi is similar to that of the English-speaking separatists. Calling for the protection of humanitarian workers in the North-West and South-West regions of Cameroon, Allegra Baiochi recalled that targeting humanitarian workers in conflict zones is considered as a war crime.