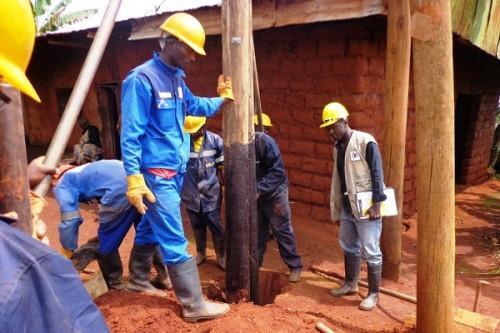 (Business in Cameroon) - Cameroon wants to borrow CFA 4.46 billion from Unicredit Bank Austria. According to official information, the money will be used to carry out a public solar electrification project. The Economy Minister was empowered via a presidential decree signed yesterday December 6 to reach an agreement with this bank guaranteed by Australian financial institution OeKB.

The deal will cover the financing of the rural electrification project using solar photovoltaic systems and public lighting in nine of Cameroon's 10 regions. The project is announced in a context where, according to the Rural Electrification Agency (AER), the country has an overall electricity access rate of 65%, with a 20% rate in rural areas. To improve this rate, the government launched the project for Rural Electrification and Energy Access in Underserved Areas of Cameroon (Perace) this year. In partnership with the power company Eneo, it aims to achieve 163,000 social connections.

In June 2021, the Minister of Water and Energy, Gaston Eloundou Essomba, estimated that CFA874 billion were needed to electrify all of the country's 9,000 rural localities that do not yet have electricity.