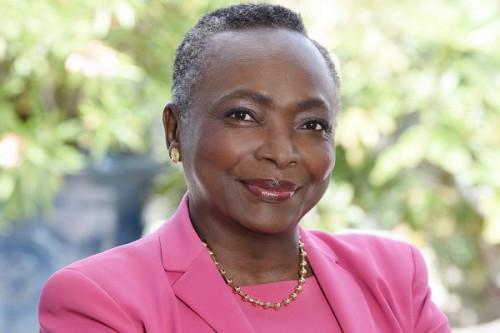 “Today [January 10, 2022], TV5Monde’s executive board confirmed the appointment of Denise Epote, classmate and 40-year-long friend of our general delegate Bassek Ba Kobhio, to the positions of marketing manager for TV5Monde as well as Chairwoman of the Management Board of TV5Monde USA and TV5Monde Latin America, after about 15 years in the management of the TV network’s Africa division. The prestigious appointment will take effect on February 1, 2022,” the page wrote.

Denise Epoté, 68, worked as a news presenter on Cameroon's national television (CTV, which later became CRTV) in the mid-1980s and early 1990s. She is being promoted at the time when the Principality of Monaco acquired stakes in TV5Monde (alongside Canada, the Walloon-Brussels Federation, France, Quebec, and Switzerland) and the TV network is becoming a simplified joint-stock company, which cannot be publicly traded. Yves Bigot who was the general manager is now CEO of TV5Monde.

In July 2017, in Yaoundé, Denise Epoté (then director of TV5Monde Africa) organized the celebration of 25 years of TV5Monde’s presence in Cameroon during the "Black Screens" festival.