Cameroon: Greenpeace Africa calls for more rigorous enforcement of the law that bans the use of plastics 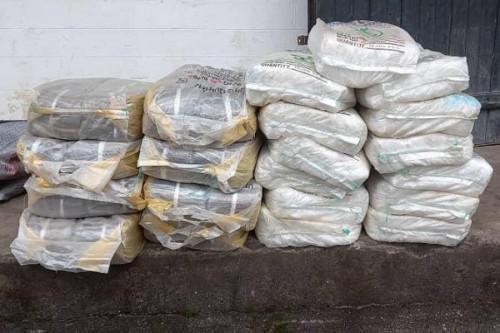 (Business in Cameroon) - Environmental NGO Greenpeace Africa is campaigning for the strict prohibition of the sales of non-biodegradable plastic bags in Cameroon. In a release issued last October 6, the NGO praised the recent destruction of a little over 42 tons of non-biodegradable plastic bags which were being fraudulently smuggled into the country at night, via Garoua in the North.

However, the international NGO called on “the authorities in Yaoundé to double their efforts to abolish plastic bag use.” “In 2012, Cameroon issued a decision banning the use of non-biodegradable plastic packaging of fewer than 60 microns, which came into force in April 2014,” it informs.

But for Ranece Jovial Ndjeudja, Forest Campaign Manager at Greenpeace Africa, “almost eight years later, these plastic bags continue to be used as packaging in markets and unfortunately end up on the streets after use. Eventually, they end up buried in the ground and waterways. This process has been repeated over the years and contributes to the clogging of drains and other waterways in our cities, which leads to an increase in flooding experienced across the country in recent months.”

According to Greenpeace Africa, the 2012 joint decree “did not lead to the desired disappearance of plastics from counters in Cameroon, but rather to an increase in the price of plastic packaging.”

“The Ministry of the Environment must be more rigorous in enforcing the law banning the use of plastic in Cameroon. It has the necessary means. We hope that this good action will continue as the State has all the means to enforce a strict plastic ban towards a cleaner and healthy plastic-free future” Ranece Jovial Ndjeudja comments.

Some environmentalists believe the October 24, 2012, decree on the manufacture, importation, and distribution in Cameroon is still weak because the sanctions prescribed are not coercive.  The only sanction prescribed is the seizure and destruction, at the promoter’s cost, of the non-biodegradable packagings.”