Cameroon: Iron processing plant Prometal 4 to be operational by October 2021 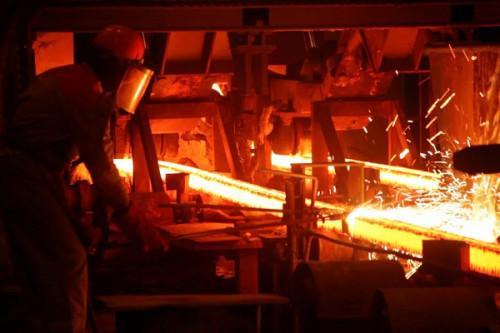 (Business in Cameroon) - German mechanical engineering firm SMS group GmbH recently launched the testing phase of Prometal 4, the most modern iron processing plant in the Central African region. The testing phase will be completed within four weeks we learn.

"Everything will be set within four weeks and the plant will be ready for production. We are already planning the inauguration. However, we also have to complete the development of the access roads whose construction works will start shortly under the patronage of MAGZI," an internal Prometal source explains.

So, by October 2021, Prometal 4 will be ready. It is the result of about XAF40 billion investment made by Prometal, leader of the Cameroonian metal market. Its construction works were launched in late 2018 and lasted three years. Once commissioned, it will boost the country’s production capacity from 200,000 tons to 300,000 tons yearly, official sources claim.

The plant will also make products like beams, angle irons, smooth bars, and screws as well as flat bars and wire rods, which are intermediate products used to manufacture nails.

Currently, except for two Maghreb countries, all the African countries import these products. Hence, with Prometal, Cameroon will be able to reduce its trade deficit on iron-based construction materials by close to 50%, we learn.

Prometal 4 will indirectly boost the revenues of its promoters’ strategic suppliers. Those suppliers are notably electric utility ENEO that supplies close to XAF4 billion energy to Prometal yearly, and GDC that supplies about XAF1.6 billion worth of gas for the steel producer’s operations.