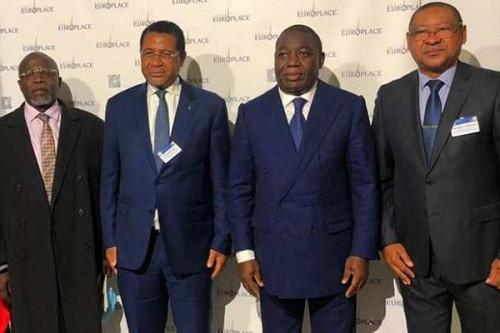 (Business in Cameroon) - During the Paris Infraweek, a delegation of the Central African Development Bank (BDEAC) invited investors to take advantage of the business opportunities offered by CEMAC economies, namely the 12 integrating projects. The needed investment for the projects is over XAF2,500 billion (almost half of Cameroon’s 2020 budget).

These integrating projects are part of the Regional Economic Program (REP), which aims at bringing about profound changes in the economies of the sub-region to increase their added-value and contribute to the reduction of unemployment and poverty. They are focused on various sectors including transport and trade facilitation, energy production, electricity and telecommunication interconnection, the creation of a common market, economic diversification, and the promotion of the human capital.

The delegation headed by Marcel Ondele (Vice-President of the BDEAC) explained that the public-private partnership, envisaged as a financing model for these projects, guarantees that investors would have a return on investment. In the first panel, the Congolese Minister of Economy, Gilbert Ondongo, described the role and strategic position of the BDEAC in the development process of the CEMAC zone. During the second panel (organized by the law firm CMS Francis Lefebvre), he focused his speech on the impacts sovereign debt will have on infrastructure financing in post-Covid-19 Central Africa.

In the third session (organized as a webinar) with Gabonese Minister of Economy and Recovery, his counterpart from the Central African Republic and the President of the CEMAC Commission presented BDEAC's contribution in mobilizing financing for integrative projects in the CEMAC zone.

On the sidelines of these activities aimed at preparing partners for the donor round table (scheduled to be held in Brussels in November 2020), the Vice President of the BDEAC discussed with the President of the African Chamber of Commerce in Scandinavia (ACCS). According to the BDEAC, these discussions will soon lead to a win-win partnership between CEMAC and Scandinavian investors.

Paris Infraweek is an event organized by Europlace (this year’s edition was held from October 5 to 9, 2020) to bring together “the most influential players of the infrastructure investment industry worldwide for an open, thorough dialogue on recent developments and key trends in Infrastructure Finance.”