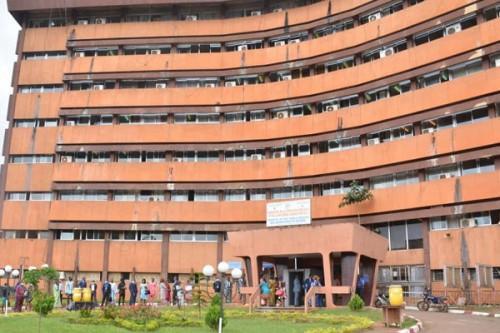 (Business in Cameroon) - Tunisian company SIMAC has been selected to develop the 2nd generation Integrated Computerized State Personnel and Payroll Management System (SIGIPES II). The decision was published on May 17, 2021, after the internal procurement unit of the Ministry of Public Service and Administrative Reforms reviewed the bids of the prequalified companies.

In 2014, then Minister of the Public Service Michel Ange Angouing announced that the system would be available in 2016. However, during the March 30, 2017, Ministerial council, he revealed that the Cameroonian consortium Audit Conseil-CBL Consulting, which won the development contract, was unable to deliver the system as promised.

That same day, then Prime Minister Philémon Yang ordered an audit of the system that swallowed the XAF7.6 billion financial support provided by the European Union. During a meeting of CIEP (an Interministerial Committee for the Review of the Programs) on August 17, 2018, in Yaoundé, Joseph Lé, current Minister of the Public Service, explained that the conclusions of the audits have been transmitted to competent authorities whose decisions were still awaited.

An about XAF8 billion loss

On July 28, 2020, during the first meeting of the inter-ministerial committee that monitors the implementation of the SIGIPES II project, he provided further details on why the first company selected was unable to deliver the system.

"It became apparent that the foundations on which the first phase of this large-scale project was based were particularly fragile. Also, the choice of the service provider proved to be misguided. Indeed, the selected consortium broke up before the launch of the operational phase, and the expertise of the remaining members was questionable. The consortium’s failure [to deliver] therefore comes as no surprise,” Minister Joseph Lé said. The official added that the failure was also due to the project specification drafters whose lack of expertise and vision caused some problems.

Since the failure that made the government waste close to XAF8 billion, the country has been dutifully working to select a new contractor. The selection of Tunisian firm SIMAC is the result of those works. But, there is no information on the follow-up of the contract with Audit Conseil-CBL Consulting.

According to the government, SIGIPES II will help end the various national payroll management frauds that cause billions of losses for the public treasury every year. Specifically, it is an ongoing initiative/platform that will merge the payroll platform managed by the Ministry of Finance (ANTELOPE) with the career management platform managed by the Ministry f the Public Service (SIGIPES) to create one integrated human resources management system. Its development will boost transparency in the state payroll management system, we learn.

In a document issued in preparation for the 2021 Budget Orientation Debate, the Ministry of Finance informed that the current system was making it hard to trace civil servants' career path, their posting history, whether they abandoned their posts or a said servant has passed on. It also lacks credible historical data that will help analyze the payroll and facilitate retrospective studies thanks to which improved wage policies can be formulated.