Alain Symphorien Ndzana Biloa: "There is an absolute need for a third generation international taxation system to fund sustainable development" 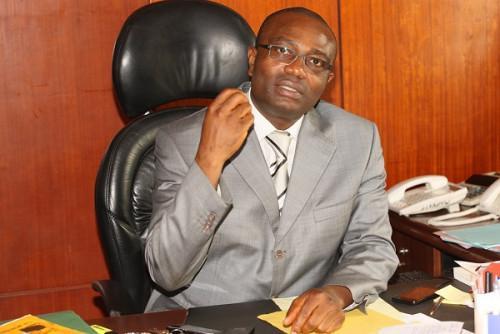 (Business in Cameroon) - Around the world, there are repeated calls for a new approach to international corporate taxation. In March 2019, the IMF joined the callers. To justify this support for such reform, Christine Lagarde, the IMF’s managing director, pointed out the unfairness of the international taxation system. According to the managing director, this unfairness is excruciated by “the surge of very profitable business models that rely on modern digital technologies” and are “particularly bad for low-income countries,” including many African countries.

“It deprives them of revenues that they need to boost economic growth, reduce poverty and meet their sustainable development goals by 2030,” Christine Lagarde explains. A March 2019 report published by the IMF indicates that every year, non-OECD members lose close to $200 billion, about 1.3% of their GDP, because some companies transfer their profits to tax havens.

Cameroonian Alain Symphorien Ndzana Biloa is a tax specialist and author of “Sauvons l’impôt pour préserver l’État” (Let’s rescue taxes to preserve the country) published in January 2018 by Panthéon in Paris. He analyzes the impact of IMF support on a reform of the international taxation system.

Business in Cameroon : In a recent speech, the IMF’s managing director echoed the ideas you supported in your book “Sauvons l’impôt pour préserver l’État” about the necessity to reform the international taxation system. Would you say that your plea is being taken into account?

Alain Symphorien Ndzana Biloa : The least we can say is that things have started to change. The UN also agrees now that there is no future for the world with the current international taxation system.  In the fourth edition of its report, on financing sustainable development goals, published on April 4, 2019, the Inter-agency Task Force on Financing for Development came to the same conclusion. It points out that fiscal revenues are insufficient and the regulations inefficient because of globalisation and the digitization of the economy. It concludes that without a reform of national and international financial systems, the international community would not reach the goals of the 2030 agenda. For the fiscal sector, it advises countries to tend to the problems that prevent them from raising enough tax revenues in a world economy that is increasingly digitalized. This suggestion points towards the imminence of an acceleration of the reform process of this international taxation system, which would not help countries fund their sustainable development goals, according to many experts.

BIC : In Africa, the Central African region particularly, where tax revenues mobilization is more than vital, the issue has not drawn authorities’ attention yet. How can we explain this indifference?

ASNB : I think that it is rather indolence than indifference. As I indicate in the book Sauvons l’impôt pour préserver l’Etat, the internal policy problems faced by many African countries prevent their international development. The reason those countries are still lenient in establishing coherent regional and sub-regional economic cooperation institutions is that they don’t understand what is at stake. It is not on the global level that they should be proactive on the issue. I published my thoughts in January 2018 to inform African governments about the issue. To date, I don’t believe that they got my point. Maybe they will get it now.

BIC : How can Africa organize itself to advance this cause?

ASNB : Like some other least-advanced countries, African countries are the main victims of the erosion of governments' power of taxation. They must thus be on the frontlines to advance this cause. The priority should be strengthening regional economic cooperation to speak with one voice. African economies have structural weaknesses that sideline them in the current global economic competition animated by all sorts of competition, including tax competition. Africa is so fragmented and overall less integrated to face the other regions’ competition. The improvement of regional infrastructures, as well as harmonisation of policies, programmes and cooperation tools, should help boost and diversify economies in the continent. African taxation would be consolidated. Now that a consensus is being reached by the UN in favor of a reform of the international taxation system, they must also unite with their peers around the world and to use all their influences to accelerate the reform process because their survival is at stake.

BIC : With the IMF managing director’s support for the reform, do you think that your dream will be fulfilled someday?

ASNB : Even though nothing is granted yet, there is room for hope. My fight is still on. There is an absolute need for a third generation international taxation system to fund sustainable development. It is, by the way, the subject of my upcoming publication that should be published by the end of the first quarter in 2020.