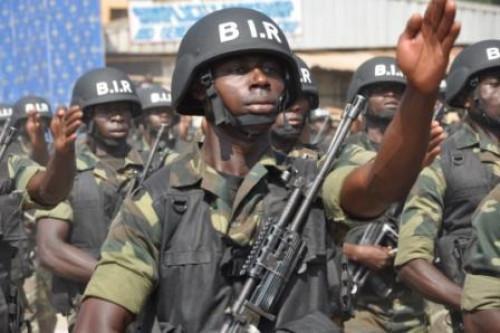 (Business in Cameroon) - The Cameroonian government has launched the recruitment of 2,600 elite commandos in the national army. According to the Defense minister Joseph Beti Assomo, who signed the official statement August 28, the number includes 600 for the Presidential Guard (GP) and the rest for the Rapid Reaction Battalions (BIR).

The recruitment will be held from November 12 to December 18 this year in the capital cities of Cameroon's ten administrative regions. Applicants should be Cameroonian males, at least 18 on January 1, and at most 23 on December 31 (be born between December 31, 1995 for oldest and January 1, 2000 for youngest), have no criminal record, single without dependent children, be of good character, be physically fit to meet the prescribed intellectual, athletic and medical tests.

In addition, they must be at least 1.66 meters tall and have at least a Primary School Certificate (CEP), a First School Leaving Certificate (Fslc) or any equivalent diploma. However, it is strongly recommended that candidates present their highest degrees.