CAF President is visiting Cameroon today October 2, upon the organization of AFCON 2019 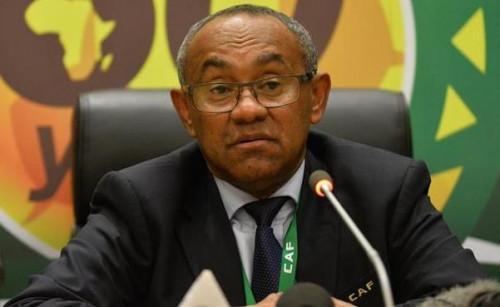 (Business in Cameroon) - Today 2 October 2018, a private jet with the President of the African Football Confederation (CAF), Ahmad Ahmad, on board landed at Yaoundé Nsimalen International Airport, we learnt.

Along with the Vice-President Constant Omari Selemani, Dieudonné Happi who is also the President of Cameroon’s Football Federation and the Cameroonian international footballer Samuel Eto'o, Ahmad Ahmad is visiting the country upon the organization of the 2019 African Cup of Nations (AFCON).

This visit occurs in a somewhat tense context between the CAF and Cameroon since Mr. Ahmad repeatedly stated that the event’s organization could be withdrawn from the country. “With regard to current situation, no site in Cameroon is in a position to host the African Cup of Nations,” he said. But Cameroonian authorities, on the other hand, reassured that the country will be ready on the D day.

Let’s note that when the CAF Executive Committee met on September 27 and 28 in Sharm El Sheikh, Egypt, under the chairmanship of Ahmad Ahmad, it was decided that a final decision on the event organization in Cameroon will be taken at the end of November 2018 following the last inspection visit by the audit firm Roland Berger and CAF.