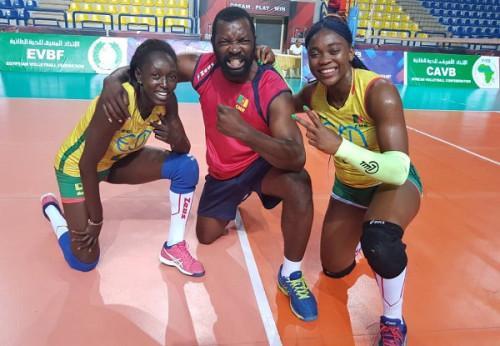 (Business in Cameroon) - Cameroon’s women volleyball team once again realized its 2017 feat by winning, on July 14, 2019, the 19th edition of African volleyball championship. The championship was organized in Cairo, Egypt.

In the final tournament, the Lionesses won 3 sets by 2 for the Kenyan national team. The same nine-times African champions -Kenyan team- was defeated by Cameroon during the finals in 2017 in Yaoundé.