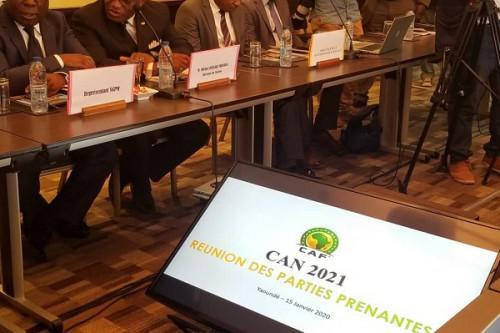 (Business in Cameroon) - AFCON2021 will be held in Cameroon from January 9 to February 6, 2021. This information was relayed by Ahmad Ahmad, president of the Confederation of African Football (CAF), during his working visit conducted on January 13-15, 2020.

During a press conference held in Yaoundé, Ahmad Ahmad indicated that he had a working session with the AFCON Local Organizing Committee (COCAN). The main discussion was the review of the competition period at the request of Cameroonian authorities. In view of the unfavourable weather conditions predicted for the period initially set for the start of this competition, the COCAN asked for a change.

After hearing the various arguments expressed, especially by Cameroonian meteorological officials as well as representatives of coaches and players, the Organizing Committee, which has received a mandate from the Executive Committee of CAF to decide, agreed to the request. “Consequently, for the 2021 edition, the African Cup of Nations will be held in Cameroon from January 9 to February 6, 2021,” the final communiqué of the proceedings indicates.

A detailed report will be presented to the members of the Executive Committee at its next session, scheduled for February 6, 2020. In close collaboration with the COCAN, CAF will set up a monitoring committee that will make the necessary preparations for this major football competition.

For the record, Cameroon should have organized this competition in 2019. However, due to delay in the construction of infrastructure, CAF decided to entrust the organization of that edition to Egypt to allow Cameroon better prepare for the 2021 edition.