Camvert gets incentives for its XAF237 bln Campo agro-industrial complex 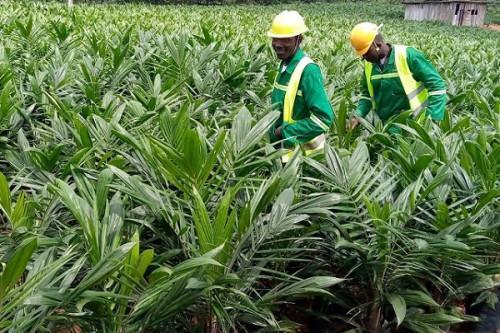 This agreement offers Camvert SA the benefits of the 2013 law (revised in 2017) on private investment incentives in Cameroon. The incentives concerned include five to 10 years of tax and customs exemptions, both during the installation and development phases.

According to the initiators of the project, about XAF237 billion investment is required for approximately  4,000 jobs to be created.

The project entered its implementation phase on September 12, 2020, with Camvert planting 236,000 oil palm seedlings in Campo. Its target was to create 5,000 hectares of oil palm plantation in 2021. However, its actions triggered mass protests from environmental NGOs, led by Greenpeace.

In a press release published on September 28, 2020, Greenpeace described the oil palm plantation being created as "illegal". "Camvert's project violates Cameroonian law and international standards," accused the international NGO. It denounced the Cameroonian government for withdrawing, a few months earlier, the area housing Camvert’s plantations from the permanent forest estate just to facilitate the project.

" (...) Neither of the two legal conditions required for this change of status was met,” affirmed Greenpeace while denouncing the decision signed by the Prime Minister to remove the said forest estate from the list of protected forests.

The environmental NGO also pointed out that the project launched by Camvert is close to the Campo Ma'an National Park, a crucial biodiversity area that is home to rare species such as chimpanzees and giant pangolins.

Despite the protests, the project seems to have been gradually unfolding. This suggests that it would not go the way Herakles Farms ended in the South-West after throwing the towel under pressure from NGOs fighting for the environment and the rights of people living near agro-industrial units.

The promoters of Camvert’s oil palm plantation project have always publicized the measures taken to mitigate the environmental and social impact of their project.

Every year, Cameroon records a nominal deficit of 130,000 tons of palm oil. This forces operators to resort to massive imports to meet the ever-growing demand from refined oil, soap, and other by-product producers. According to Emmanuel Koulou Ada, president of the committee that regulates the oil sector, this deficit is calculated by taking just 50% of companies’ processing capacities. So, the effective deficit is higher than estimates.