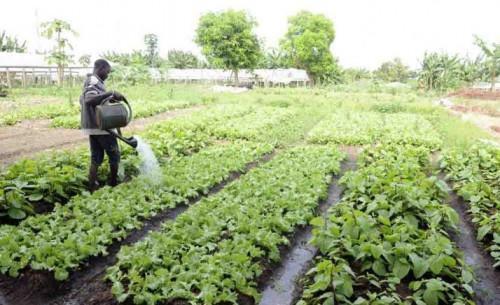 (Business in Cameroon) - Today February 12, 2019 a workshop gathering the Central African countries and the African Development Bank (AfDB) as well as the International Labor Office (ILO) was launched in Brazzaville, Congo.

In the framework of this -unlocking the potential of rural economies through investment in the skills development and employability of young people in the agricultural sector in Central Africa- meeting, Ousmane Doré, AfDB’s director for Central Africa, said in most of the CEMAC countries, rural areas receive little investments both private and public; making them lack facilities such as schools, health center, public transports, electricity or drinking water distribution networks etc. They also suffer from an almost non-existence of companies and a very low presence of government representatives.

The result, according to Ousmane Doré, is a growing imbalance between rural and urban areas, and a lack of opportunities and perspectives for young people in rural areas, which makes them vulnerable, idle, and ultimately pushes them towards cities where, without training and professional qualifications, they will have no other possibility than to exercise precarious employment.

Rural areas are thus deprived of their vital resources, not allowing them to exploit their economic potential. This cuts urban areas off from a traditional source of food supply.

For all these reasons, the AfDB and the ILO support agricultural projects to stop the rural exodus of young people in Central Africa. According to Ousmane Doré, this cooperation has been particularly intense and has been translated into the joint preparation and implementation of operations in Congo with the former Project to support the socio-economic reintegration of disadvantaged groups.

The youth entrepreneurship project in agribusiness in the Democratic Republic of Congo, the Support Project for the “Seed” Programme is being launched in Gabon. In Cameroon, the AfDB and the ILO are cooperating on the project to support the promotion of entrepreneurship, skills development and competitiveness in the construction, transport and energy sectors.

At the sectoral level, the AfDB has adopted a Strategy for Youth Employment in Africa, which aims to create 25 million jobs for young Africans by 2035.

Cynthia Samuel-Olunjuwon, the Assistant Director General of the International Labor Organization in Africa, said it is essential for young women and men in the sub-region's rural economies to trigger inclusive growth and sustainable development.

Pending practical proposals by 14 February, Firmin Ayessa, the Congolese Deputy Prime Minister for Civil Service, State Reform, Labor and Social Security, said at the opening of the meeting that by giving priority to the agricultural sector, governments in the sub-region are addressing three types of challenges: food security, economic diversification; and employment, including youth employment.