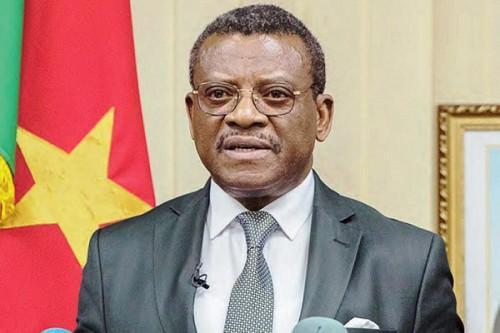 (Business in Cameroon) - On May 5, 2021, Prime Minister Joseph Dion Ngute (photo) signed a decree canceling a text signed in 2016 by his predecessor Philemon Yang to create an over 66,000 hectares land reserve in the Ntem Valley, in Southern Cameroon.

The Prime Minister’s decree ends the dispute between, for about five years now, the government and the Ntem Valley’s residents. However, it also crushes hopes to see the industrial cocoa plantation project carried out by Neo Industry and its promoter Samuel Neossi come to fruition.

Indeed, part (26,000 hectares) of the land reserve was provisionally leased (by the  Ministry of State Property and Land Tenure) to Neo Industry for its project to develop an industrial cocoa plantation to supply its Kekem cocoa processing plant, in the Western region.

In 2020, the discovery of this lease agreement worsened the protests of Ntem Valley residents who were already denouncing (since 2016) the incorporation of 66,000 hectares of their lands into state land reserves.

Due to the protests, Minister of State Property Henri Eyebé Ayissi initially suspended the lease agreement between the government and Neo Industry as an official letter dated August 14, 2020, revealed.

The residents were denouncing the non-transparent and unilateral manner in which the land reserve was created by the government. They were also seeing the Neo Industry’s cocoa plantation project as a way to deprive them of their ancestral lands despite the job opportunities presented by the said project.

This land dispute between public authorities and the residents reminds of the Herakles Farms case. Indeed, through its subsidiary Sithe Global Sustainable Oils Cameroon (SGSOC), the American firm was granted a state concession of over 20,000 hectares of land in the Southwest to develop its oil palm plantation development project. However, due to pressures from environmental NGOs, the firm was obliged to forego the project.