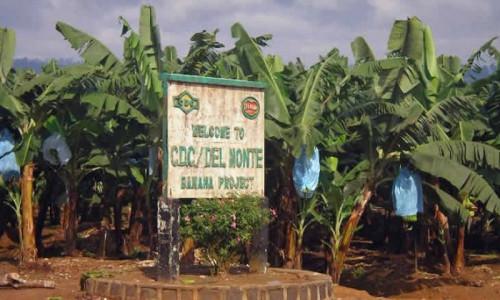 (Business in Cameroon) - Cameroon plans to boost its banana production -which recorded a 20.9% drop in Q1-2020- by relaunching the operations of agro-industrial unit Cameroon Development Corporation (CDC), according to a note recently published by the Ministry of the Economy (Minepat).

In the note, the Minepat informs that at the beginning of the year, the company received financial support from the State, its sole shareholder, amounting to CFAF 29 billion. Indeed, the Minepat explains, around that time, CDC requested support from the State to relaunch its activities. The support it requested were labelled as follows: CFAF7 billion for the rubber sector, 14 billion for banana, 7 billion for oil palm, and 1 billion to finance salary arrears.

With this state support to CDC, the Ministry of Economy is confident that the country’s banana production will resume its upward trend despite the international news dominated by the panic caused by the coronavirus health crisis and the containment measures taken by countries around the world to stop its spread (several countries are currently taking deconfinement measures around the world).

Another factor that boosts the Minepat’s confidence in a resumption of banana production is that PHP, the current leader of the market, is planning to acquire 12 tractors thanks to a grant from the European Union in the framework of the measures initiated to support ACP banana supplying countries. "Therefore, as of 2020, this sector should once again resume into a favourable dynamic supported mainly by the continued good performance of the other operators that will launch the exploitation of new plots of land,” the Ministry of the Economy projects.

The Minepat explains that Cameroon has experienced a long dry season (ending around 15 March 2020), which has disrupted production despite the irrigation techniques put in place by producers. Also, banana exports in March were affected by the coronavirus pandemic.

Moreover, the poor performance of the banana sector in Cameroon in the first quarter of 2020 is particularly attributable to the decline in the production of PHP, whose exports fell by 21%. The situation was particularly accentuated by the insecurity in the plantations, due to the crisis in the North-West and South-West regions.