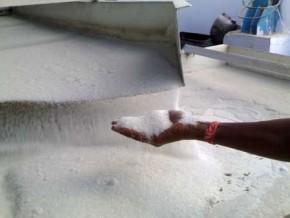 (Business in Cameroon) - For now, the Cameroonian sugar market is mainly supplied by the SOSUCAM, subsidiary of the French group, (SOMDIAA) implanted elsewhere in Gabon, Congo, Côte d'Ivoire, Chad and Central African Republic.

Established in 1964, SOSUCAM, 72.72% is owned by SOMDIAA and the rest by the Cameroon government and private shareholders. Grown on two sites, Nkoteng and Mbandjock, 100 km north of Yaoundé, the 18,700 hectares annually produces approximately 130,000 tons of sugar, 105,000 tons reserved for the local market and the rest exported to Chad.

In the meantime, in order to strengthen the production of SOSUCAM, the Cameroonian government routinely allows the import of sugar with exemptions on taxes and customs duties. Cameroon imported 25,000 tons of sugar in 2012.