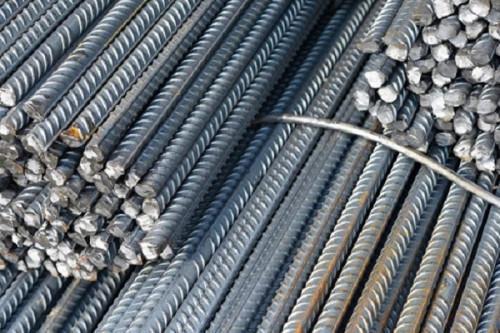 (Business in Cameroon) - Weeks ago, the Cameroonian government (through the Ministries of Trade, Mines, Industries and Technological development as well as the Standards and Quality Agency-ANOR) placed seals on a shipment of over 7,300 tons of rebar. The construction material was imported by Chinese group CHEC for the 2nd phase of construction works at the Kribi deep seaport, which was commissioned in the Southern region, in 2018.

Based on an import restriction placed on rebar in 2016, Cameroonian authorities estimate the material was illegally imported. Indeed, on May 31, 2016, Magloire Séraphin Fouda (the secretary-general of the Prime Ministry) sent a correspondence to the Minister of Finance (MINFI) informing him that to protect local production, the Prime Minister has ordered the suspension, until further notice, of rebar imports.

In early November 2020, after sealing the shipment, the two ministers wrote to the Prime Minister to request his authorization to reexport or auction the material. Then, in early December, the Prime Minister (through his secretary-general) sent a correspondence to the Presidency to seek the president’s order about what could be done about that disputed shipment. ‘The Prime Minister still believes local companies capable of producing the construction materials per the required quality standards should be the suppliers of the market,’ the correspondence reads.

The presidency’s decision is all the more crucial for the future of the steelwork sector in Cameroon because another shipment of concrete frameworks will soon dock in Cameroon, according to authorized sources. This time, the materials are imported by Nachtigal Hydro Power Company, the company in charge of the implementation of the Nachtigal dam project (420MW).  These imports are detrimental to local production for which massive investments were made by industries in recent years, to support the implementation of the major infrastructure projects being carried out by Cameroon since 2012. For instance, in the framework of the projects, an ultra-modern steel mill (presented as the only one of its kind in the sub-Saharan African region) will be launched in Douala, next year, credible sources inform.

“Should all these inappropriate imports continue, the investments (which were encouraged by the government) that provide numerous jobs and help improve the country’s trade balance would have availed to nothing. To avoid such unfortunate development just days after the official presentation of the new national development strategy that focuses on the development of the local industrial fabric, the government should not only keep the import restrictions but, it must also enforce the regulatory use of construction materials produced locally for the execution of public infrastructure construction contracts,”  an economic operator in the construction sector says.

To justify the sometimes fraudulent imports, or those exceptionally authorized by some public institutions (despite the restrictions), construction service providers claim the material available locally are not compliant with specific standards they are required to use. This was for instance the reason provided in a special exemption request submitted to the Ministry of Trade in June 2020, by the managing director of the Port Authority of Kribi (PAK) when requesting authorization to import 17,500 tons of rebar (to be used for phase 2 of construction works at Kribi deep seaport.

The Minister of Trade, who was deeply convinced that economic patriotism should prevail, immediately notified the Prime Minister about that authorization request. In his correspondence, he explained that the requester claimed the local industry could not provide the quantity and quality of the materials required. He added that, according to the managing director’s claims, “attestations issued by independent laboratories, Labogénie particularly” had certified that the samples submitted by local companies were not up to the standards.

Contacted by the Minister of Trade, one of the local producers whose product quality was bashed in the authorization request refuted the claims and submitted certificates showing the conclusions of an analysis carried out by Labogénie on its products. "This rebar that some people are trying to bash for hidden purposes has proven its worth on sites such as the Wouri second bridge, the Olembé, and Japoma stadiums, and even the hydroelectric dams built in recent years in the country,” commented an expert in the infrastructure projects implemented in Cameroon.