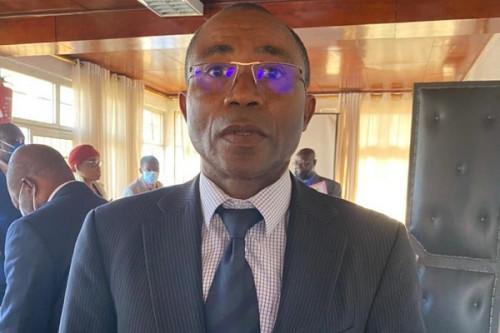 Gustave Ebongué, a former senior official of the Ministry of Public Works where he oversaw the implementation of large infrastructure projects, is taking the helms of a company that has been facing financial crisis for years now. This change of management even occurs just days after MATGENIE staff initiated protests, since September 22, 2021, to demand the payment of 13 months of salary arrears. They blocked the company’s entrance obliging the departing director-general to work from the headquarters of the Ministry of Public Works, MATGENIE’s technical supervisor.

During the administrative board he headed yesterday, Minister of Public Works Emmanuel Nganou Djoumessi announced he would be back at MATGENIE today September 28. He did not share the reason for his visit but he is key to the end of the problems facing MATGENIE. Should he fail to make some moves, the change of management will be ineffective.

XAF70 billion worth of contract expected

In early September 2021, the Prime Ministry asked Minister Nganou Djoumessi to elaborate a draft text (to be validated by the government) formalizing the allocation of a specific percentage of public construction contracts to MATGENIE. Before that, the Prime Minister’s office instructs, two contracts of a cumulated amount of XAF70 billion are to be urgently awarded to the ailing state company.

If implemented successfully, the instructions will save the state company from its financial woes that prevent it from fulfilling some of its service agreements. In addition to getting a strong footing for the depot in the very competitive construction market in Cameroon, this decision could save MATGENIE from its financial problems.