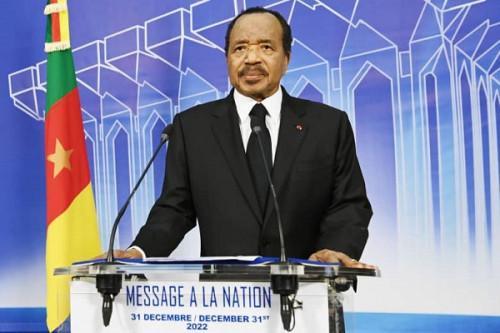 (Business in Cameroon) - During his address to the nation for the New Year, Cameroonian President Paul Biya presented his new vision for the oil and mining sectors. One of the main takeaways of his presentation is the upcoming exploitation of the iron ore of Kribi-Lobé, the iron deposit of Mbalam-Nabeba, and that of Bipindi-Grand Zambi.

"A decisive step has already been taken in the achievement of these various projects, with the signing of the related mining conventions and the granting of operating licenses to the winning companies," said the President of the Republic. While the first two projects are already known to the general public, the Leader indicated that the third one should allow "the development of a steel complex for the local processing of iron, the construction of a pipeline and several basic infrastructures for the benefit of the population.”

After recalling that fuel and domestic gas subsidies cost the Treasury respectively nearly CFA700 billion and CFA75 billion in 2022, Paul Biya said that "it is increasingly clear that our country, like many others in Africa and elsewhere, cannot indefinitely escape a readjustment of prices of petroleum products if we want to preserve our budget balances and continue to serenely implement our development policy.”

Paul Biya also announced the launch or resumption of certain road projects, including the asphalting of the Ebolowa-Akom II-Kribi axis, the resumption of construction work on the Mora-Dabanga-Kousseri, Babadjou-Bamenda and Kumba-Ekondo Titi road sections, and the launch of construction work on the urban section of the Yaoundé-Nsimalen highway. Overall, according to the Cameroonian Head of State, about 700 kilometers of roads should be developed in 2023 against 860 kilometers in 2022. He also announced the rehabilitation and modernization of the airports of Tiko, Bertoua, and Kribi.