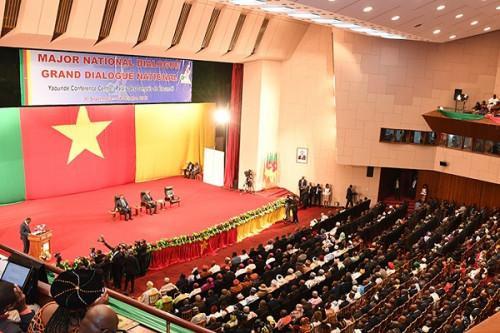 (Business in Cameroon) - Today, October 4, 2019, Cameroonians are expecting the publication of resolutions adopted during the national dialogue, held since last September 30 to end the sociopolitical crisis in the two Anglophone regions, for three years now.

According to information gathered at Yaoundé congress center, where the dialogue is being held, the country could be moving towards an effective decentralization with greater empowerment for those regions. This option, provided by the constitution, has been chosen over federalism, sources indicate.

In addition, the two anglophone regions, for which some residents have been demanding a partition, could have separate status in terms of city management.

On October 3, 2019, in an appeasement effort, President Paul Biya decided a stay of proceedings against 333 people currently being prosecuted by the military court because of their roles in the socio-political crisis.