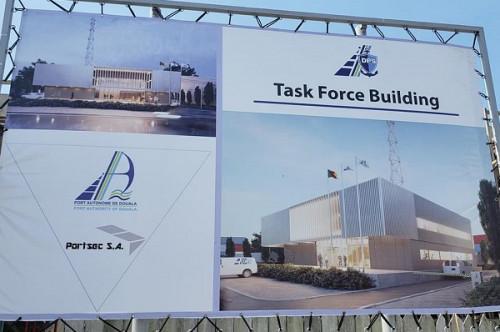 (Business in Cameroon) - Douala Autonomous port announces, without additional information, that the project to secure the port of Douala-Bonabéri, Cameroon's main gateway for goods in and out of the country, is progressing rapidly.

According to the port authority, the port of Douala-Donabéri will, at the end of the works, be physically secured by a perimeter fence of more than 20 kilometres, lit and protected by video surveillance. The accesses, with bungalows, will be monitored by ultra-modern equipment. In addition, it indicates, static and dynamic in-line weighbridges will be used for the systematic weighing of heavy and containerized vehicles. Access will be filtered thanks to doors with turnstiles for pedestrian access after biometric recognition or by a badge. This device will be equipped with a mobile scanner to check the containers and goods entering and leaving the port area.

The port’s interior will be subdivided into specialised areas confined within secure sectoral barriers where access (entrances and exits) will be restricted to authorized vehicles and persons only. This automation of the security of the port of Douala-Bonabéri will be complemented by trained security staff.

“Physical security of the perimeter and access control of the port of Douala-Bonabéri, beyond modernization, security, the safety of ships, goods, revenues, and people, constitute a powerful mechanism to fight corruption and all fraudulent practices that have seriously damaged the port and its managing body’s image. It is a question of performance, attractiveness, and competitiveness,” the port authority indicates.

The work to secure the port of Douala is being carried out by Portset SA, following a special contract worth XAF25 billion signed on 13 April 2018. The delivery of the said works is expected for July 2021.