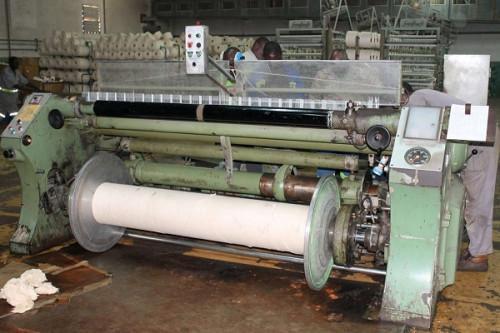 (Business in Cameroon) - During a board meeting in January 2021, the directors of Cotonnière Industrielle du Cameroun (CICAM) forbade the importation of ecru (unprinted fabrics) as long as the Garoua-based plant can supply these semi-finished products to the wax print plant based in Douala.

According to internal sources, in case the Garoua plant is unable to supply ecru, the board of directors must first approve the company’s ecru importation plans.

This decision will help keep the Garoua plant afloat. The plant has been, unfortunately, facing several problems for a while now. Indeed, because of the accumulation of unpaid bills owed to SODECOTON, the latter regularly suspends its cotton deliveries, forcing the plant to stop production. For instance, by May 10, 2021, the Garoua plant is expected to once again stop production because, for almost a month now, SODECOTON has stopped delivering cotton to the plant because of about XAF1.3 billion unpaid invoice.

Also, the Garoua plant is operating at just 50% of its capacity because it has no spare parts to efficiently service its machines. Therefore, the maintenance operations are poorly carried out.

For some actors of the Cameroonian textile industry, the ban on CICAM’s ecru imports will force its management to now think about the situation of the Garoua plant and how they can make it competitive. They explain that the ecru imports are expensive adding that with the Garoua plant, CICAM’s management can make significant savings on operating costs.  “Every month, the Garoua plant produces 650,000 meters of ecru using 200 tons of cotton that cost about XAF200 million. Within three months then, the plant can produce the 1.9 million meters of ecru the management imports disbursing about XAF1.1 billion. Meanwhile, to produce the 1.9 million meters of ecru, the Garoua plant will just need about XAF600 million worth of raw material. So, the remaining XAF500 million can be used to cover other operating costs and buy the spare parts that are greatly needed to ensure an optimum operation at the plant,” an internal CICAM source explains.

Above all, the decision taken by the CICAM board of directors is setting the base for the implementation of the plan outlined by Cameroon’s 2020-2030 national development strategy. According to the plan, a strategic partnership will be created between CICAM and SODECOTON for the development of a robust textile industry. The aim is to boost cotton production to 600,000 tons/yearly by 2025 and increase the volume of the national production which is processed yearly to at least 50% by 2030. Also, the plan intends to develop a national wear production industry to meet at least 50% of the demand in sports and military wear. Each of those wears must be 60% cotton, the plant outlines.