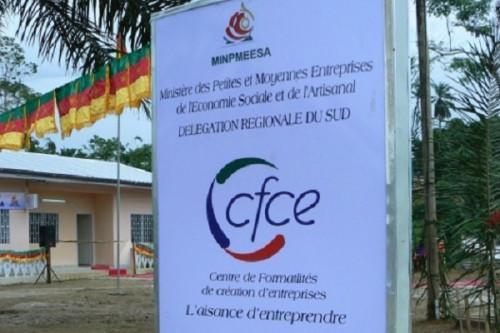 (Business in Cameroon) - In Cameroon, the simplification of business creation procedures has helped entrepreneurs save XAF197.3 billion between 2010 and 2018. This was revealed by the national institute for statistics INS in a report it recently published.

“After the creation of the business formality centers in 2010, 83,817 new companies have been registered in those centers. The reforms have simplified procedures, which translated into time and cost gains,” the institute indicates.

Before the implementation of the reform, the INS explains, the average expense (for all the documents except the taxpayer card) was XAF482,000 and the deadline was 29.5 days. After the reform, the expense dropped to about XAF41,500, which represents about XAF440,500 of savings on average for each company created. The gross saving, for the private sector, in 2010-2018 is  XAF36.9 billion. At end-2018, the actualized saving was XAF40.4 billion.

In addition, before the reform, the expenses for the elaboration of a tax card was XAF1,500. The reform suppressed those fees thus helping save XAF138.6 million during the period mentioned above.

Over the 2008-2010 period, the average revenue generated from the commercial tax was XAF1,250,527 per company. By applying this average to the 83,817 companies newly created, this equals an actualized saving of XAF114.7 billion of commercial tax for the private sector.

Before the reform of the legal notices in 2015, this requirement was XAF75,000 for every new company. In 2015, it was reduced to XAF57,000 in the first reform. 45,576 entrepreneurs benefited from this reduction, which makes a total of  XAF965.2 million saved. The second reform was issued in 2016 decreasing that fee to XAF26,250. Computed for the 3,0750 new companies created till 2018, this equals XAF1.2 billion saved by the private sector in that segment. Still in that segment, in 2018, a reform was introduced for the online publication of legal notices. This greatly improved the business environment and reduced legal announcement fees to XAF13,125. For the 9,704 companies created after that reform, this represents a saving of XAF127.4 million.