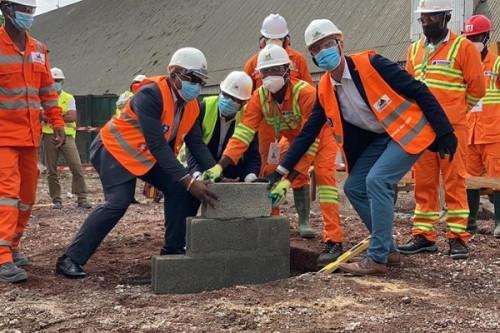 (Business in Cameroon) - Cement producer CIMENCAM recently registered a division dedicated to studies, exploration, and exploitation in the cement industry. According to a legal announcement published on September 15, 2021, the division created in Figuil, the Northern region, is a joint-stock company incorporated for a term of 99 years with CIMENCAM the majority shareholder in its XAF100 million capital.

According to our sources, the creation of this subsidiary is aimed at enhancing CIMENCAM’s position in Cameroon, in the North particularly, but it is also aimed at protecting the company against competitors who are planning to invest in the region. Above all, through its Figuil division, CIMENCAM is eyeing a larger market constituted of Sahelian countries. This is even why it was offered enough financial margin for its development.

Indeed, for over 40 years, the Figuil plant’s capacity has remained static at 150,000 tons yearly, which is the lowest production capacity among all the cement plants in Cameroon. Since 2018, the project aimed at extending its capacity to 600,000 tons to meet the demand from the Northern regions and neighboring countries like Chad and the Central African Republic has been on hold.