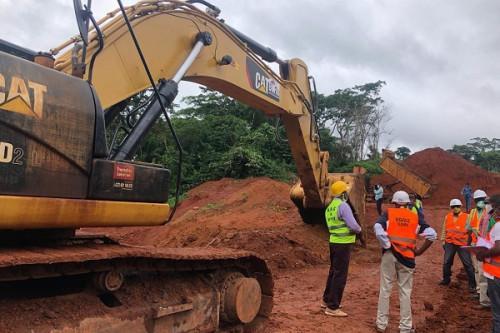 (Business in Cameroon) - During the year 2019, the Construction and Public Works (BTP) segment continued to play an important role in GDP growth in Cameroon's secondary sector (industry and construction). According to the 2019 national accounts statistics published by the National Institute of Statistics (INS), the construction and public works segment contributed 0.3 points to growth in the secondary sector (which grew by 4.9% during the period, up by 1.8% compared to its growth in 2018 (+3.1%).

However, the INS points out that despite the dynamism still observed in this segment in 2019, its growth is decelerating. According to the INS, this is due to the completion of major first-generation projects (ed.note: the construction of dams, ports, bridges, and roads, launched in 2012), and the completion of infrastructure launched in the framework of the CAF African Nations Championship (ed.note: to be held in January and February 2021) and the African Cup of Nations (ed.note: to be held in January 2022) that Cameroon will host.

To prove its points, the INS indicates that in 2018, the growth in the segment was 7.6% but in 2019, it was only 4.7%. This growth could decelerate further in 2020 and 2021 due to the commissioning (both completed and scheduled) of new projects such as the 60,000-seat Olembé stadium in Yaoundé, East Entrance road to Douala, and the social housing projects being implemented in the country.