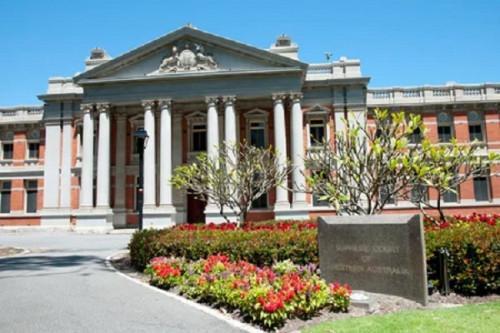 (Business in Cameroon) - Australian junior mining company Sundance Resources recently provided an update on the various proceedings it initiated to rescind its withdrawal from the Mbalam iron ore project, that straddle between Cameroon and Congo. Apart from the legal actions initiated against Cameroon and Congo, the junior mining firm announced that it recently launched proceedings against Chinese firm AustSino and its promoter Mr Ding before the Supreme court of Western Australia. For the Australian firm, the action is because of suspicions over the former partner’s actions in that case.

“Sundance's concerns regarding the conduct of AustSino and Mr Ding continue to grow. A key area of concern for Sundance relates to the possibility that AustSino and Mr Ding may have misused confidential information relating to Sundance's Project that was disclosed to them during the period in which they were collaborating with Sundance about the Project. Notably, this body of confidential information included a definitive feasibility study (DFS) of the project, covering both the Mbalam-Nabeba mines and the proposed railway to the port of Kribi in Cameroon. The DFS and other technical materials relating to the Project's port and rail components – which were the product of years of work and over $400 million worth of expenditure by Sundance – were disclosed to AustSino and Mr Ding on the limited basis that they were strictly confidential and not to be used for any purpose other than collaboration with Sundance on the Project,” the junior mining firm wrote.

Sundance notes that in October 2021, in collaboration with a financial partner called Bestway, AustSino submitted a feasibility study to the government of Cameroon for the construction of a railroad linking the Mbalam site to the port of Kribi. The feasibility study was submitted just four months after  AustSino announced, on June 26, 2021, that it would " launch the necessary studies and advance discussions to achieve the objectives outlined in the Memorandum of Understanding" with Bestway and Cameroon.

“Sundance does not believe AustSino and Bestway could have completed a feasibility study, ready for assessment by the Government of Cameroon, for a project with an estimated capital cost of several billion dollars in just four months without making improper use of Sundance's confidential DFS for the Project (which includes a detailed feasibility study of a railway linking Mbalam to the port of Kribi) and other confidential information, such as later studies which looked at expansion requirements for 100Mtpa,”  the release continued.

Through the Court action, Sundance hopes to get more information about the feasibility study AustSino submitted to the Cameroonian government to check whether Sundance’s confidential and proprietary information were misused.

After several extensions of its exploration license on the Mbalam Iron Ore project, in 2015, Sundance finally started negotiations with China Gezhouba for the construction of infrastructures in the framework of the iron ore exploitation project. The proposed infrastructures include over 500-km of railway connecting Mbalam and Kribi, the mine, and a mineral terminal at the deepwater port of Kribi. The negotiations failed, however. Several others followed the same suit. For instance, in 2018, Sundance started negotiations with Tidfore Heavy Equipment Group Ltd. Confronted with the failure of its bids, the junior mining firm started over again with AustSino in 2018. That also was a failure.

Finally, Sundance was withdrawn from the project. Later, on June 25, 2021, in Yaoundé, the State of Cameroon, through the Minister of Transport, Jean Ernest Ngallé Bibéhé, signed a memorandum of understanding (MoU) with  AutSino Resources Group Ltd and Bestway Finance Ltd, for the construction of the 500-km railway. With that memorandum of understanding,  Autsino Resources Group Ltd. was making a strong comeback in the project after the failure of negotiations with Sundance.