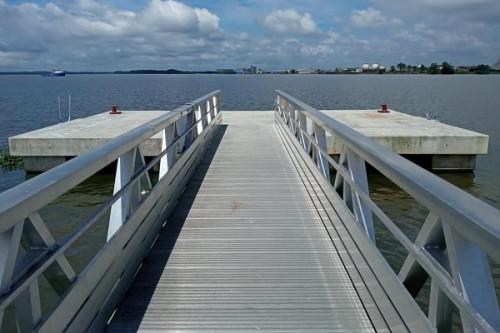 “(Business in Cameroon) - The Port of Douala-Bonabéri will soon see the rebirth of its mooring dolphin, destroyed more than ten years ago. Negri, the company in charge of the construction works will deliver it in the coming days.” This was recently announced by the port’s authorities.

The French company EJN Negri was awarded the contract to rebuild a new wharf at the port of Bonabéri three months ago. The XAF10 billion contract included the construction of a pedestrian access bridge and pipe support as well as 2 berthing and 2 mooring dolphins.

It has been almost 18 years now since the oil tankers’ mooring dolphin at Douala-Bonabéri port, the main gateway for goods in and out of Cameroon, was completely destroyed after two successive ship accidents. After that accident, Quay No. 1 of the conventional port had been arranged to temporarily accommodate the unloading of oil products destined for the national market and for certain countries in the subregion.