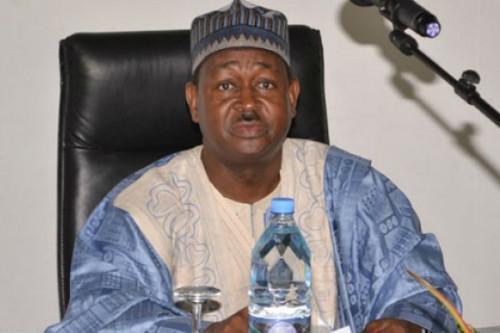 (Business in Cameroon) - The Minister of Public Procurement (Minmap), Ibrahim Talba Malla (pictured), has just published a note denouncing the dysfunctions in the process of awarding public contracts in Cameroon.

"Many times, I’ve noticed the dysfunctions, not to say the paralysis, of the public procurement service within certain public administrations and bodies. This follows sanctions of prohibition to intervene in the process of awarding and monitoring the execution of public contracts, taken against some actors of the public sector,” the note reads. Ibrahim Talba Malla mainly targets project owners, delegated project owners, and members of the procurement commissions.

According to him, such situations cannot be allowed or justified, given the mechanisms of substitution and interim established within the administrations to ensure continuity of service. To address this issue, which negatively impacts the performance of the public procurement system and compromises the implementation of projects of general interest, Minmap suggests some measures.

"In case of suspension of a project owner or a delegated project owner, his most immediate collaborator in the hierarchical order, and if the latter is unavailable, his immediate successor according to the order of precedence, ensures on an interim basis, without any other form of procedure and subject to the formalities of transition, the attributions of the project owner or delegated project owner concerning the management of public contracts within the administration or entity concerned," prescribes Mr. Talba Malla. He specifies that the said interim concerns only matters relating to the awarding and monitoring of the execution of public contracts. The interim is suspended as soon as the sanction expires or is remitted, and the holder automatically regains full powers.

As for the suspension of members of a public procurement commission, Minmap prescribes that the heads of their administrations and entities are required, within five working days from the date of publication or notification of the act relating to the sanction, to communicate to the administration or entity to which the commission concerned is placed, the name of their new representative. This is to enable the new representative to provide for his replacement and to proceed to a new finding of the said Commission.

Thereafter, the establishment of the new commission must be made within three working days, following the date the new representative is known. The term of the new members shall be equal to the remaining term of their predecessors. It ends as soon as the procurement team concerned is renewed.

The public procurement sector in Cameroon faces many challenges, including corruption. In its 2018 report, the National Anti-Graft Commission (Conac) ranked the Ministry of Public Procurement as the most corrupt administration in the country. To reduce fraud, the government has launched the development of the online public procurement platform called "Coleps". The project received CFA3 billion from South Korea. According to authorities, reducing physical contact between service providers and civil servants will limit fraud.