Yaoundé: The resumption of activities in the pig industry drives prices down in markets 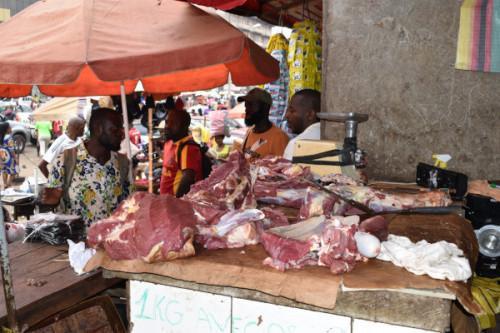 (Business in Cameroon) - In Yaoundé, pork is now sufficiently available in markets, according to housewives. As a consequence, its selling prices are now reduced. For instance, a kilogram of pork, which was sold at XAF2800 or even XAF3000 is now between XAF2500 and 2600. At the same time, some roasted pork sellers who increased their prices to XAF800 per piece adjusted those prices to XAF700.

For sellers, this is the fortunate consequence of the decision issued on September 14, 2021, lifting the prohibitions to transport or sell pigs in the West.

The said prohibition was decided in June 2021, following an outbreak of African Swine Fever in that region. But after three months of restrictions, the outbreak seems to have been brought under control. The corollary of that lift in the region, which is one of the largest pig-producing areas in Cameron, is the drop in its prices in markets and the guarantee that there will be enough supply for the new year celebrations ahead.