Government has taken measures to ensure a secure and successful school year in the Anglophone regions, minister Sadi informs 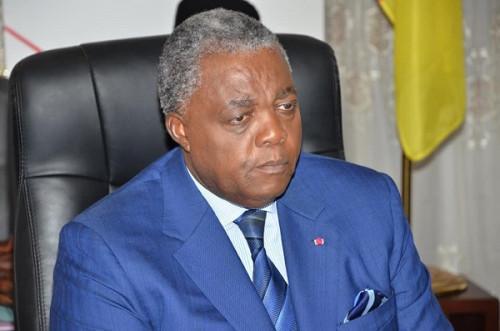 (Business in Cameroon) - During a press briefing on August 26, 2019, in Yaounde, Cameroon’s minister of communications, René Emmanuel Sadi (photo), spoke about the paralysis of school activities in the Northwest and Southwest for months now because of separatists’ exactions.

Just days to the start of school on September 2, 2019, “everything is settled, at the security, administrative and technical levels to guarantee a successful school year,” the minister said.

According to minister Sadi, “the government wants to reassure populations about the measures taken by administrative authorities and our defence forces to (…) ensure a secure school start despite all the kinds of threats the outlawed separatists are proferring towards the population and students.”

The executive indicated that during the 2018-2019 academic year, strike notices and threats were issued against residents. Students have been attacked and schools have been either destroyed or burnt by separatists. Between January and August 2019, 27 terrorist attacks by separatists against the education in the North-West and South-West were recorded. At the universities of Bamenda and Buea, 19 teachers and 58 students were kidnapped.

During the press briefing, René Emmanuel Sadi called out to the international community and friendly countries where backers of such attacks reside, to consider the huge harms those sponsors have been doing right from their various positions. He also asked partners to report those harmful acts and collaborate with Cameroon to end them.

According to a report published by the UNICEF, 4,400 schools have been closed in Northwest and Southwest Cameroon because of the insecurity in those regions since October 2016.