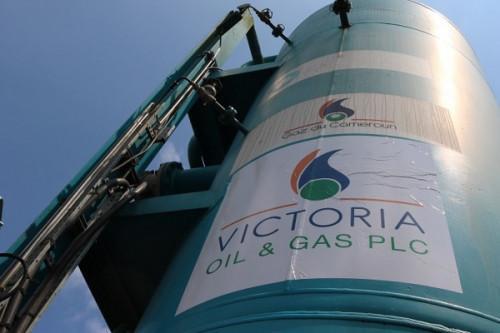 (Business in Cameroon) - Bowleven, the British oil and gas operator, co-owner of 25% of the exploration license on the Etinde block in offshore Cameroon announced today February 5, the signature of a “non-binding letter of intent (LOI)” between its compatriots New Age (which controls 37.5% of the Etinde license, along with Russian Lukoil) and Victoria Oil & Gas Plc (VOG).

This letter, which is valid until March 31, 2021, is the precursor to the conclusion of a definitive gas supply contract from the Etinde block, covering an area of 2,316 km2, in the south-western region of Cameroon.

“The LOI envisages that New Age will supply processed Gas to Gaz du Cameroun S.A. ("GDC"), a wholly-owned subsidiary of Victoria Oil & Gas Plc, at Limbe,” Bowleven explains. These deliveries will be made to Limbe, a tourist town in the South West region of Cameroon which is also home to Cameroon's only oil refinery (Sonara). GDC will then transport the gas to Douala, the economic capital of Cameroon, where the company has a natural gas processing unit.

In case of a final agreement, the contract between VOG and New Age will have a duration of 20 years from the date of signature and will require New Age to supply a minimum of 25 mmscf of gas to GDC daily for the first three years. The quantities will then be increased to a minimum of 30 mmscf of gas per day.

“As we work towards making a final investment decision on Etinde this year, today's announcement by VOG is a positive step towards reconfirming the commerciality of the license,” said Eli Chahin, CEO of Bowleven.

Indeed, the contract that VOG and New Age could sign for the supply of gas from the Etinde block is subject to the results of additional research expected this year. This research is intended to indicate the true potential of this gas field, before an investment decision by the owners of the license.

The additional research is all the more important as the last exploration campaign conducted on this license in 2019 was not successful, as Eli Chahin revealed to the Petroleum Economist, a specialized Oil & Gas publication. The drilling work was supposed to reveal huge gas deposits, given the preliminary results.

Despite these unpromising results, and pending further work, Cameroon is placing great hope in the gas exploitation project on the Etinde block, in order to take better advantage of the boom in the LNG market. By the way, a second natural gas liquefaction unit could be built in the South-West region, after the Kribi unit in the South region, in the framework of the project.