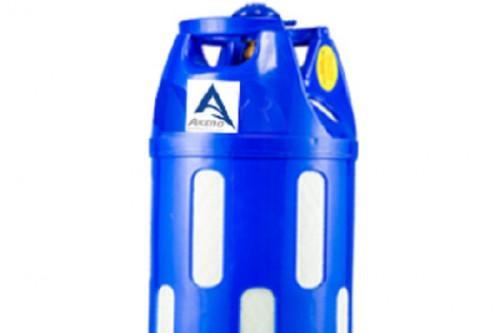 (Business in Cameroon) - Cameroonian company Akeno S.A. recently introduced transparent gas cylinders into the Yaoundé market. With the innovative cylinders, buyers can just look at the cylinders and assess the volume of domestic gas still available for their use.

Justifiably so, the company’s prospectus announcing the arrival of the cylinders indicates that with them, there won’t be unpleasant surprises while cooking. Above all, the cylinder will help avoid the gas stealing trick usually used by dishonest distributors. Known as "siphonage," it involves traders selling half-empty 12-kg gas cylinders to users as if they were full.

To conquer the country's domestic gas market, Akeno SA intends to open branches to boost access to its products in urban areas and also serve rural areas that are generally ignored by distributors.

"We are committed to improving access to domestic gas in both rural and urban areas," Akeno S.A explains adding that it will do so by conquering a significant portion of the market ignored by distributors and assured that its products are available in 10 regions.

The company laid the foundation stone of its gas cylinder production plant in the Central region on August 16, 2018. The investment for this plant whose yearly production capacity is 350,000 cylinders was XAF35 billion and the construction was entrusted to German firm Kautex Maschinenbau.

For its investment, Akeno S.A. benefited from the 2013 law (revised in 2017) encouraging private investments in Cameroon. At the time, the company explained that thanks to the said law, it would save XAF10 billion on its investment costs.