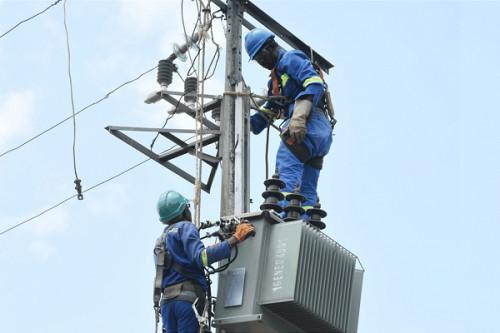 (Business in Cameroon) - The Rural Electrification and Access to Energy in Underserved Areas Project in Cameroon (Perace), approved in December 2018, could be launched this year, according to Minister of Water and Energy Gaston Eloundou Essomba.

"2022 is a pivotal year when the mid-term review of the project will be carried out and the pilot connection phase effectively launched, thanks to the revolving fund, in urban and peri-urban areas mainly. The end goal of the operation is to successfully install 163,000 subsidized meters in partnership with [electric utility] ENEO," Minister Gaston Eloundou Essomba said in Yaoundé on January 17, 2022, while chairing the 5th session of the Perace Steering Committee.

According to the government official, this year, in the framework of the project, compensations will be paid and rural electrification works will effectively start, in the Far-North and East particularly. The project is the result of cooperation between Cameroon and its technical and financial partners. Its overall aim is to electrify 687 villages in the Far-North, Adamaoua, the North, the East, the South-West, and the North-West and connect 120,000 users overall by 2025.

In its framework, the World Bank disbursed close to XAF85 billion for the electrification of about 417 localities.

In 2020, the Ministry of Water and Energy announced that discussions were underway with the European Investment Bank (EIB) for the financial closing of the project. The financial resources will be dedicated to rural electrification works in the Adamaoua and the Northern regions as well as the connection of 100,000 users  (all amounting to the tune of about XAF39 billion). The financial resources received from the EIB will be supplemented by a XAF10.6 billion grant from the European Union.

The project is expected to have a considerable impact by improving the living conditions of 1,931,000 people as a result of the daily use of electricity.

However, according to the Ministry of Water and Energy, it has been facing challenges since 2020. The Ministry was not exhaustive about those challenges but it pointed at the impacts of the security crisis (in the NorthWest and the South-West)  on the official deadline as well as delays in procurement procedures.