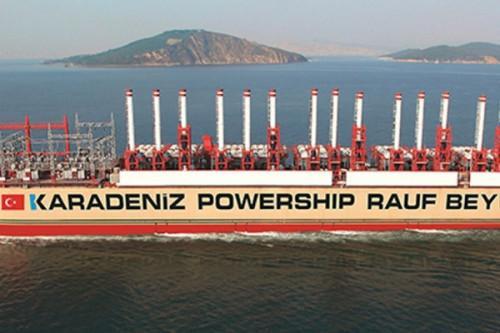 (Business in Cameroon) - On 25 January 2021, a delegation from Turkish company Karpowership was granted an audience by Cameroonian Prime Minister Joseph Dion Ngute. According to credible sources, the delegation was there to present the company’s plan to produce 300MW of energy using a boat moored at the port of Douala.

"We offered to develop, in less than a month in Douala, a 300 MW electricity generation project, which will immediately start producing electricity at less than XAF40 per kilowatt," said Zeynep Harezi, Karpowership's commercial director.

According to the Turkish company, discussions for this project began a year ago with the Ministry of Water and Energy and the Port Authority of Douala (PAD).  The energy that Karpowership intends to produce on its ship at the port of Douala will be supplied to companies in the port area but also injected into the national electricity grid. For that purpose, Karpowership will have to sign a sales contract with Eneo, concessionaire of the country's electric utility.

Presented as the owner, operator, and builder of the world's first fleet of Powership (vessel producing electrical energy), Karpowership has completed, since 2010, fifteen Powerships with over 2,800 MW installed energy generation capacity.

Its arrival in the Cameroonian market will not only allow the country to experiment with that new electricity production technology but also boost its installed capacity (about 1650 MW), thus moving towards the goal of 5,000 MW in 2030 set out in the 2020-2030 National Development Strategy (SND 20-30) developed by the government.