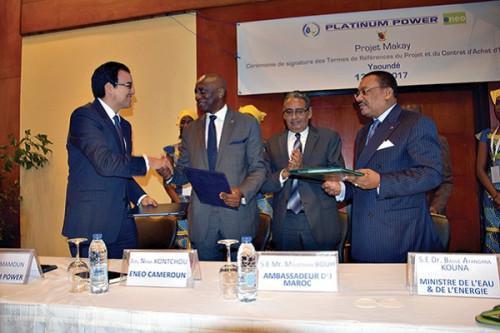 These resignations follow the refusal of managers of the New-York based investment fund Brookstone Partners, majority shareholder of Platinum Power, to recapitalize this company on the verge of bankruptcy.

In Cameroon, the deepening crisis within the company is further delaying the dream of seeing the construction of the 400 MW Makay hydroelectric plant which Platinum Power was planning to build in the Nyong-Ekellé department in the central region.

On July 1, 2015, in Yaoundé, Cameroon and Platinum Power concluded a framework agreement for the development, financing, construction and operation of the Makay hydroelectric complex, as well as the associated electricity transmission infrastructure.

The financial closing of the project was announced for Q3, 2018. According to official forecasts, the Makay hydroelectric power plant was to be commissioned at the end of 2020, providing “access to electricity for an additional 6 million people.”