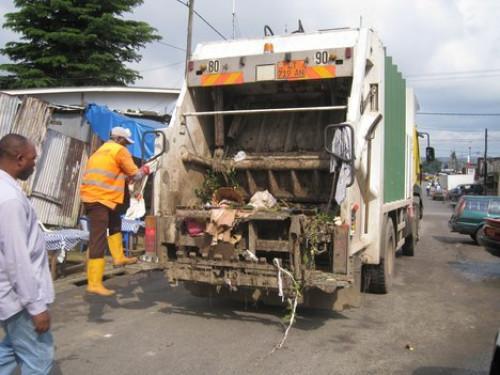 (Business in Cameroon) - In an internal publication it just published, Hysacam reveals that the delays in government’s financial support are the reason why there have been problems in the waste removal services in towns such as Yaoundé and Douala. The waste removal company informs that 15% of its operating expenses are provided by urban communities and the remaining 85% should come from government. However, out of the CFA6.4 billion the country should have paid to Hysacam in the framework of the agreement signed for 2013-2017, only CFA1 billion was provided.

This is the first time the public company is commenting on the government’s prescription, on January 25, 2017, to introduce new operators in the waste removal market.

In the communication, the company wonders if the government would be able to fulfill its commitments with many operators if it has not been able to do so with only one since there is no indication that the circumstantial constraints (the Anglophone crisis in the Southwest and the Northwest) it evoked to justify its failure would be solved.

Despite this fact, Michel Ngapanoun, CEO of Hysacam, prescribes a partial opening of the market to new players while ensuring a sort of monopoly for entrepreneurs experienced in the field.

As far as he is concerned, the minister in charge of the waste removal sector, Jean Claude Mbwentchou, informed that in April 2018, it issued a call for tenders to recruit new contractors in the market. Let’s remind that the financing model for these new companies would be the same as that mentioned by Hysacam (15% from urban communities and 85% by the government).