CO2 emissions to drop by at least 4,893 tons per year with Mbakaou mini-hydro plant 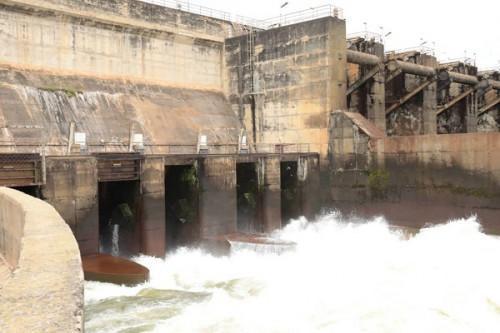 (Business in Cameroon) - The thermal power plants at Tibati, Ngaoundal, and Mbakaou, which were the main sources of energy for these localities in the Adamaoua region, will soon be shut down, either partially or totally. This closure will follow the commissioning of a mini hydroelectric plant (1.4 MW) inaugurated on April 14 in Mbakaou.

“Based on expert estimates, the small hydroelectric plant of Mbakaou will reduce carbon dioxide emissions by at least 67,000 tons by 2030 following the cessation of thermal power plants Tibati and Mbakaou,” said the Minister of Water and Energy (Minee), Gaston Eloundou Essomba. This makes an average annual reduction of more than 7,444 tons. The energy company Eneo estimates that the reduction will be 4,893 tons of CO2 per year.

According to the World Bank, Cameroon produces about 8.62 million tons of CO2 annually. The estimated reduction is therefore insignificant compared to the country's overall emissions. Cameroon is betting on the upcoming commissioning of the Nachtigal hydroelectric plant, the Garoua solar power plant, and the full availability of the Memve'ele hydroelectric dam as well as the Guider solar power plant to improve its energy mix and further reduce CO2 emissions related to electricity generation.

Let’s recall that in its nationally determined contribution (NDC), adopted in 2015 at the 21st United Nations Conference of the Parties on Climate Change (COP21), held in Paris, Cameroon had committed to reducing its CO2 emissions by 32% by 2030.