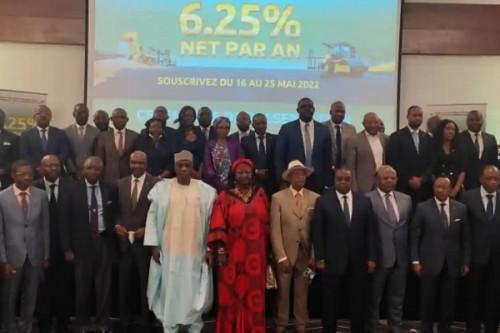 (Business in Cameroon) - Subscriptions for Cameroon’s 6th bond ended on May 25 with a total of CFA239 billion, we learn. Initially, the country was seeking to raise CFA200 billion.

According to official data, the State of Cameroon will finally retain CFA235 billion after the CEMAC regulator approved the over-allotment. Investors on the regional market provided CFA238.4 billion to the loan; this is 99.83% of the total subscriptions. France granted CFA4 million while Senegal gave CFA2 million and Togo CFA400 million. The other investors include Gabon (CFA22.5 billion, or 9.42% of the total), Chad (CFA7.5 billion, or 3.14% of the total), Congo (CFA7.2 billion, or 3%), and Equatorial Guinea (CFA5 billion, or 2.09%). Central African investors have subscribed CFA6 million.

The weight of Cameroonian investors in their government’s 6th bond issue was predictable. Cameroon is the economic engine of the CEMAC, with the largest network of banks, microfinance and financial institutions, as well as the most diversified economic fabric in the sub-region. As a result, the country is home to a large number of investors who are likely to participate in fundraising operations.