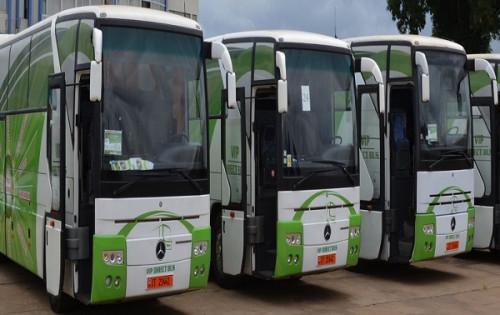 (Business in Cameroon) - In a release signed on May 26, 2021, and published on June 2, 2021, Cameroonian Minister of Transports, Jean Ernest Ngallé Bibehe Massena, accuses mass transportation company Stecy SA of leasing its logistics base to an illegal transport operator. The said illegal operator is “Tourismo Express”, which started its operations months ago traveling from Stecy SA’s logistics base in Yaoundé to Douala.

“Once informed of the gross violation of the partnership contract between the State of Cameroon and Stecy SA (…), the Minister of Transports contacted Stecy SA’s CEO ordering him to immediately stop the illegal company from operating from the premises of his company. However, despite this call to order, Tourismo Express is still carrying out its operations unabated, in contravention of the enforceable laws,” the Minister of Transports wrote.  Based on that notice, he banned Tourismo Express “without prejudice to possible legal proceedings.”

According to Minister Ngallé Bibehe, the ban is aimed at fighting clandestine transport operations, which many operators are engaged in, in Cameroon.  In a bid to curb that phenomenon, the transport minister had previously suspended 22 local intercity transport operators on May 4, 2021.