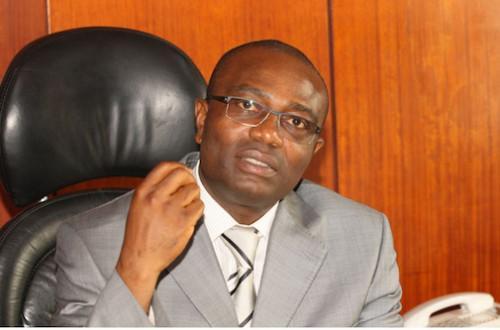 (Business in Cameroon) - The coronavirus pandemic once again proved that countries, especially those with modest financial resources, should mobilize more tax.  So, Alain Symphorien Ndzana Biloa, a  tax specialist based in Cameroon, thinks that a new international taxation model is needed.

Ecofin Agency: You recently published a book explaining that a third-generation taxation system is needed to fund development. Can you describe that system?

What I call the first generation taxation system is what was applied before World War I and II. At that time, there were no common cooperation institutions or international laws.

The second generation is the creation of cooperative institutions that were set up after the two world wars to help countries deal with the common challenges they were facing.

For me, the third generation taxation system is a set of new international taxation rules that should be elaborated to improve their tax collection, notably from digital companies and multinationals that indulge in unbearable tax evasion.

Ecofin Agency:  What are the practical benefits of your system?

Maybe the tax cooperation institutions were not created by negligence, but I think the time has come to set up an institution exclusively dedicated to international taxation matters.

Some international institutions are already working for tax cooperation but they are not exclusively dedicated to it. For instance, we have the OCDE that some world countries have not joined yet.  We also have the UN Economic and Social Council that has a department dedicated to international cooperation and taxation but, it has limited powers. For instance, the economic and social council does not have similar powers on tax matters as the UN security council has on security matters; namely, the power to set rules and impose sanctions on countries that will not respect those rules.

Ecofin Agency: In your book, you explain a paradox between the tax incentives aimed at boosting investments and the rise in tax evasion. Why such paradox?

Alain Symphorien Ndzana Biloa: Well, it is not a paradox because some tax incentives are introduced just to let multinationals avoid paying taxes. For instance, preferential tariff arrangements are used in what is usually called harmful tax competition, i.e a country with no meaningful economic activities going on in its territory granting tax incentives to companies whose notable operations are carried out in other countries.  The incentives granted are not proportional to the economies.

Ecofin  Agency: In 2020, the NGO Tax Justice Network published a tax justice estimating that every year, Africa loses about $25 billion annually to corporate tax abuses. Do you think this estimate is accurate?

Alain Symphorien Ndzana Biloa: Everybody knows that Africa loses a lot of money to international tax evasion. I don’t have the tools that will help me validate or invalidate the estimate and I think that the Tax Justice Network is better equipped than I am and I will take this estimate as right. I also trust an estimate presented by Gabriel Zucman, a member of the expert team that published  "The Hidden Wealth of Nations". In that book, he demonstrated that in relative value, Africa loses more resources to international tax avoidance than Europe because the tax revenues African countries lose to international tax avoidance represent about 40% of their GDP. This is really high...

Ecofin Agency: What do you think about multinational taxation?

Alain Symphorien Ndzana Biloa: My opinion is similar to that of other authors who analyzed multinationals' actions. Multinationals usually transfer most of their revenues to tax havens to avoid paying taxes in countries where they effectively operate. Tax avoidance is embedded in multinationals’ DNA. They even create some subsidiaries, not for new business generation, but just to avoid taxes.

Ecofin Agency: So, what is the solution you suggest in your book for that multinational taxation issue, which has become a matter of international concern?

Alain Symphorien Ndzana Biloa: The rules should be changed. Currently, the taxes imposed on multinationals are based on the performance of the subsidiaries established in each of those countries without considering the multinationals’ overall performance.

When you analyze the multinationals’ performance, the usual finding is that it is usually profitable in few countries, the tax havens notably, but in most of the countries with "normal" tax systems, they are unprofitable.

So, my solution is to change the rules so that multinationals’ taxes are calculated based on their overall performance. The taxes generated will be shared by countries where those multinationals operate by taking into account the percentage of turnover generated, the amounts invested, and the number of jobs created in every country. The reason for that is that there are countries where multinationals do not effectively operate but curiously, the subsidiaries in those countries are the most profitable.

Alain Symphorien Ndzana Biloa: First, I agree with one of the recommendations of the FACTI panel; notably, the importance of improving international tax cooperation. Financial integrity involves many things, including fiscal matters because taxes are countries’ main revenue generation tools.  When a development project like the SDOs is initiated, countries will surely rely on taxes [to fund them].

This is why during the Third International Conference on Financing for Development held in Addis Ababa in July 2015, just three months after the SDOs were adopted, all the countries agreed that international tax cooperation should be improved to boost tax collection potentials and maximize tax revenues.

Goal 17 of the SDOs is about revitalizing cooperation, including in tax matters, worldwide. I must say that the Addis Ababa Tax Initiative international conference is already yielding results with reforms already being initiated, including the actions being carried out by the OCDE. Those actions are the aftermath of the Third International Conference on Financing for Development.

Alain Symphorien Ndzana Biloa: My views can be summed up like this: change the rules and reinforce cooperation by creating an institution that will be in charge of international tax cooperation.