Another battle between Cameroon and Beac over e-payment systems 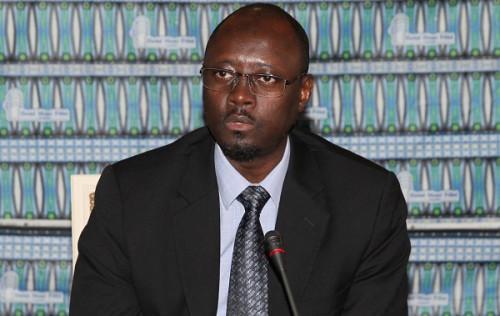 (Business in Cameroon) - The Bank of Central African States turned down last week a license request by state-owned Cameroon Postal Services (Campost) to operate an e-payment clearing and settlement system in Cameroon.

In an official April 15 letter signed by Governor Abbas Mahamat Tolli (pictured), Beac rejected the request because Campost wrote it in English instead of in French, which is the working language of the institution. However, sources close to the matter said this is yet another battle between Cameroon and the sub-regional bodies.

On that same date of April 15, 2020, Governor Tolli had officially launched the mobile money interoperability in the Cemac region. The mechanism was already tested by some operators but on 31 March 2020, the Cameroonian Ministry of Posts and Telecommunications had inaugurated its interoperability system.

“The idea behind this national switch, which will be managed by Campost is to promote, through a single gateway, the interoperability of the various services offered by operators using the national e-communication system. This is to place the public postal operator at the heart of the development of the digital economy,” explained Minette Libom Likeng, Cameroon's Minister of Posts and Telecommunications.

Reviving the national postal operator Campost with the benefits of mobile money transactions and other e-payment methods is the current focus. The most recent official data on mobile money in the CEMAC zone, dated from January to September 2017, showed that the value of payments made through this system, for Cameroon alone, was CFA2,224.7 billion. Experts estimate this volume has now increased by at least fourfold and 30% to 40% of transactions are carried out between operators, which is good for significant financial returns.

The Cameroonian Ministry of Posts argued that these payment systems use telecom network technology to conduct operations but Beac says they remain financial services although they use technology. To support its stance, Beac recalled that regulations have approved the creation within mobile telephone companies of entities specializing in electronic payments.

Another point defended by the Cameroonian ministry is that a national platform would make it possible to better monitor the risks of terrorist financing and other activities that undermine the safety and security of the State. However, the Beac has its clearing system, which has so far proved effective (Systac), and a money management institution (Gimac).

In the meantime, operators are not making any comment on this divergence in legislation. But it seems that the staff of these companies express a preference for the Central Bank system, which would be more coherent. CEMAC seems once again to be confronted with duality on opportunities for sub-regional integration. Such divergences had once led to the creation of two stock exchanges in the sub-region, one in Douala and the other in Libreville. In the end, the two bodies were unified.