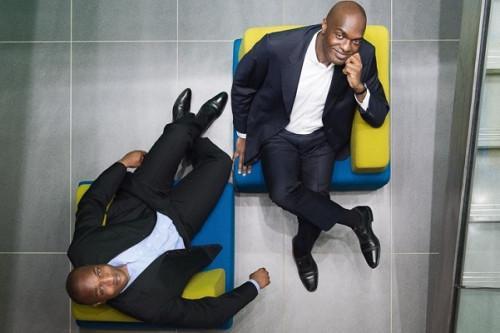 (Business in Cameroon) - The Cameroonian start-up Diool, which specializes in mobile payment methods aggregation, recently raised $3.5 million (XAF1.8 billion) to develop its digital payment services. "The next step is to develop our team and market the products all over Cameroon before entering international markets," said Serge Boupda, co-founder of Diool.

Thanks to the funds raised,  Diool will better position itself to face the tough competition expected on the digital payment market in Cameroon and the CEMAC zone with the interoperability of payment systems (mobile and bank accounts).

On the market, it will face telecom giants and banks. Indeed, to prepare for this interoperability,  telecom giants such as MTN and Orange formed a joint venture "Mowali (mobile wallet interoperability), to enable interoperable payments across the continent." "Mowali will immediately benefit from the Mobile Money customer bases of MTN and Orange, representing more than 100 million accounts in 22 of the 46 markets of sub-Saharan Africa," including Cameroon, where the Mobile Money service is presented by the Orange Group as a real growth driver for its local subsidiary.

All these initiatives will boost the volume and value of digital payments, which have grown exponentially in Cameroon in recent years.  Indeed, according to data compiled by BEAC (central bank of CEMAC countries) between June and September 2017, the value of mobile money transactions in Cameroon reached XAF2,224.7 billion (ed. note: 76% of the mobile money transactions performed in the CEMAC zone in 2019 were in Cameroon, according to the GSMA).  Experts estimate that this value has probably increased twofold. One of the reasons that explain the attraction of this flourishing market for investors is that fees are collected for every transaction.

Let’s note that Diool facilitates transactions between traders and their customers or suppliers. Founded in 2015 by Serge and Philippe Boupda (photo), this electronic platform claimed to have 2,000 merchants registered with it for about $120 million (over XAF65 billion) of transactions processed through their payment aggregation platform within just two years of operation.