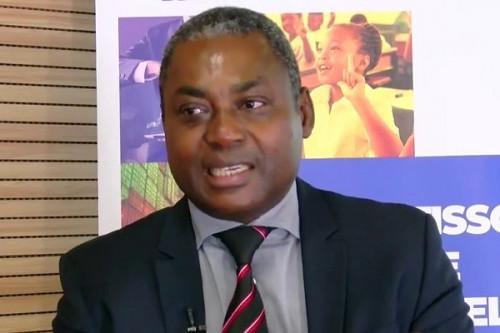 (Business in Cameroon) - At the end of a Board meeting on October 25, 2021, in Libreville, Cameroonian financier Louis Banga-Ntolo was confirmed CEO of the Central African Stock Exchange (BVMAC). With a Ph.D. in Banking and Finance, the newly appointed executive graduated from Université Lumières Lyon II, France. Until his appointment, he was the CEO of Société Générale Capital Securities Central Africa (SG Capital Cemac), a brokerage firm created by French banking group Société Générale.

Louis Banga-Ntolo was recruited following a call for applications issued on March 1, 2021. He replaces his compatriot Jean-Claude Ngbwa, who was presiding over the destinies of the BVMAC since July 4, 2019. In early 2020, the Bank of Central African States (BEAC), which was overseeing the merger and dynamization of the regional securities exchange, tried to get Jean Claude Ngbwa replaced but the bid was interrupted without any explanation on February 29, 2020.

This former senior official of the Cameroonian Ministry of Finance and former Secretary-General of the Inter-African Conference of Insurance Markets (Cima), leaves the new CEO with a financial market that has not picked up since its creation 20 years ago. For instance, the market capitalization of its equity segment was only XAF120 billion as of the end of July 2020, representing 0.5% of Cameroon’s 2020 GDP.

In comparison, the capitalization of the same segment in the Nigerian and Abidjan-based stock exchanges reached 10% and 26% respectively of Nigeria and Côte d'Ivoire’s GDPs since 2018, according to Absa Africa Financial Markets Index.

As it stands, Louis Banga-Ntolo will face several challenges in his new functions. One of them is the yet-to-be-implemented decision to get CEMAC state companies listed on the regional exchange.

During the investors week organized last October 12-15 in Douala, Nagoum Yamassoum, chairman of the Central African Financial Market Oversight Commission (COSUMAF), indicated that CEMAC member states did agree to get five to six of each of their state companies listed. However, he added, only three of the six-member states sent a list of the companies they are planning to list. Those three countries are Congo, Equatorial Guinea, and recently Gabon. “We are still expecting the remaining members," he commented.

In other words, two years after they promised to take actions to dynamize the regional financial market, Cameroon, CAR, and Chad are yet to fulfill their promises.

Yet, the BVMAC 2020 action plan was relying on this promise to boost the capitalization of its segments to at least XAF1200 billion (for the equity segment) and XAF1000 billion minimum (on the bond segment).

Apart from this still unfulfilled commitment, the new CEO will have to take actions to spur stock-exchange culture in the CEMAC region. In this region where companies’ financial transparency is still questionable, banks, microfinance institutions and even Rotating Savings and Credit Associations (ROSCAs) remain the preferred capital raising avenues.